QUESTIONS AND ANSWERS WITH SIMON MARLOWE

Simon Marlowe, author of the enjoyable The Dead Hand of Dominique, which was featured on the blog yesterday, stops by to answer a few questions about his reading and writing habits. 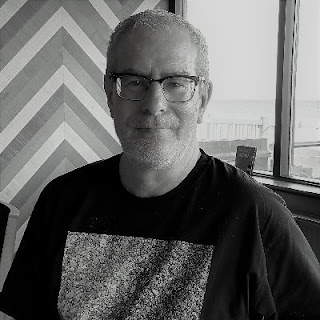 I’m currently reading* your latest offering – The Dead Hand of Dominique.  Can you pitch it to a potential reader in 50 words or less? (*done and dusted now) 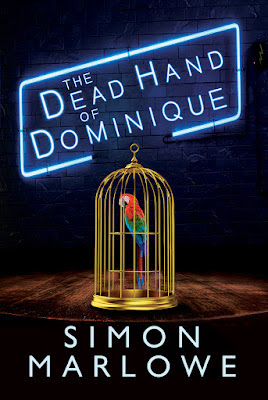 A young villain, who survives on a run-down estate on the borders of the East End and Essex, gets told by his boss to track down his girlfriend Dominique. However, he knows things ain’t going to be right, when he finds a severed hand in Micky Finn’s old fridge.

It’s your second book I believe, after Zombie Park. Which one are you most proud of? 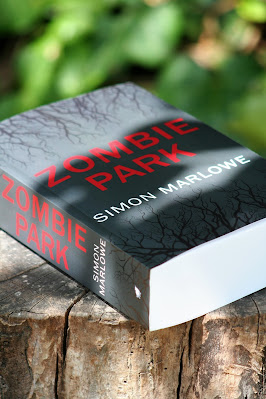 I’m proud of both for different reasons. Zombie Park is favourite because it was my first novel. I laboured for seven long hard years after abandoning my Master’s in creative writing. I put everything into it. On reflection, it could be seen as a mistake to climb a literary Everest when all I had to do was climb a tree with a good story – but it is a flag in the ground that hopefully will get some recognition one day. On the other hand, Dead Hand (pardon the pun), is favourite because it was borne out of one of the hardest things to do: write a 2nd novel. In fact, it was my third novel because my second novel was a failure, which I had to wrestle with before accepting I had made some mistakes. I had to come to terms with a balance between writing what I want and writing something that at least some people would want to read. It does not dilute the literary intent and followed the principle that not taken account of potential readership runs the risk of wasting my talent if I stuck to writing things that nobody wanted to read. Nb. I have also written a fourth novel which is a failure but happily confidently progressing a sequel to Dead Hand – phew!

The Dead Hand of Dominique, on the basis it is accessible and could lead you on to Zombie Park, if you are ready for the intense and the very dark stuff.

Yes, it is how I moved from trying to be an author to becoming. I have a quota of roughly 500 to 1,000 words a day. This is either in the morning or late at night. I find afternoons difficult as the creative juices are just not there.

I avoid family, but I do use people I have met in the past, because they are the interesting people that appear in my work. However, every character morphs into something else and they become their own person within the context of the story. So, if someone came to me and said I stole their personality and it is copyrighted, I would have to say that they had been modified to the point that there is no resemblance, other than a starting point from which to build a character. In other words, it helps to have some in mind but never actually the real person.

It certainly helps to have a beginning, a middle and an end! The two novels I have written that I have kept in the virtual desk draw suffered from not having enough structure and plot. However, I have a pretty good idea how things should end and that’s what keeps me going because I know the end is going to be on the money!

A bit of both. I do a 5,000-word sample on an idea and then leave it alone to stew. I have three or four novels in this state, either ready to go, or to be abandoned, or re-worked. Once I commit, I like to have the plot sketched, but feel it is important to leave plenty of space for creativity, evolution of character - the process of discovery about their motivations. I use a classical plotline which helps me think through the narrative as it evolves. Usually, by time I am into the quest, I know what is going to happen.

If I haven’t done the above then the novel fails!

Not too date, but I am self-editing about certain things where I feel I need to tread carefully. This is usually evidenced by being generic or implicit about places, belief systems and ideology – it can avoid causing offense when none was intended! If characters have nasty traits they must be portrayed as such, but there is a limit to what should be said. Language is important, and as authors we are in the business of language. Self-editing is not the same as self-censorship, it is just about being socially and politically aware and doing your best to take account of this.

How long from conception to completion did The Dead Hand of Dominique take? Was it a smooth process or were there many bumps in the road along the way?

Dead Hand took about two years to write. I had a voice in my head and it flooded out, almost as if it was angry because I had kept it locked away and had to apologise for being so ignorant and oppressive. Once I realised this was a natural voice which people could relate to I knew it was a runner. I have a method of minimum three drafts. 1st draft is 50-70% good writing in about 9 months. Leave a gap. 1-2 months later rewrite following reader feedback 3– 6 months. Leave a gap. 2 months final draft. Proofread and prep for submission. However, I am getting quicker and the sequel to Dead Hand has flowed inexplicably, so could have all the above process done within a year.

Did the end result mirror both your expectations at the start of the process, or is it a very different book to what you imagined?

The result was better than I expected. I knew what I wanted and it hit the nail on the head. The only issue: are you being objective enough about your own work, or are you completely deluded and in need of therapy. Fortunately, to date, it is the former – it’s a good story.

Yes, I was searching for subject matter that I thought I knew a bit about and I could delve into for some authenticity. I was also imaging a story inspired by a place where I was working (I am a contractor and end up in strange places!). Things merged. I got back to my budget hotel and instead of ordering my usual chicken tikka and rice, I wrote and had a pint later.

Two failed novels in the virtual drawer and hard copy in the loft. When I finally leave this mortal coil they will be re-discovered and hailed as works of literary genius! Or, he was right not to try and publish.

It is a sequel to Dead Hand and will be the second in a trilogy of Steven Mason books.

Getting it right and having someone say they really enjoyed reading your book. That is the greatest satisfaction and a moment of self-actualisation.

Hating writing because you lack confidence in your ability.

Graham Greene – The Power and the Glory

Eric Ambler- The Mask of Dimitrios

Eric Ambler – Cause for Alarm 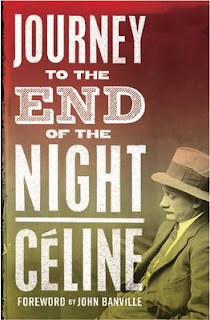 Celine: Journey to the end of the night

Train to Busan 2 - Sang-ho Yeon (I like Zombie movies!) 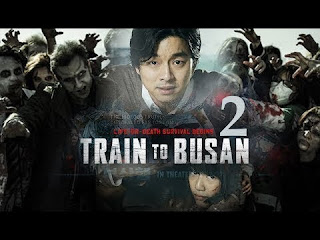 TV addict or not? What’s the must watch show in the Marlowe household? 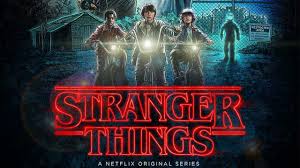 Johann Johannsson – The Theory of Everything 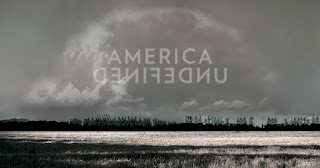 Are you kidding! Yuk! 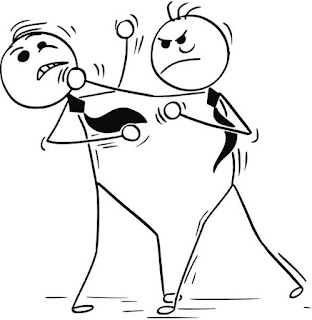 I never have – but a few people have offered – and a few have landed the odd punch. Just a misunderstanding I am sure.

Possibly, but I can’t remember.

Yes, in my brain: Take me to your Leader!

Smelly – it was a lonesome goldfish and deserved better – much like my own childhood. 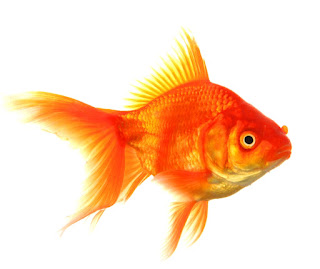 Boiled cabbage and lumpy mashed potato. I was staying in a nauseating squat in Amsterdam and on the last day there I couldn’t get out od being treated to a send off meal. I ate what I could and managed to keep it down, headed to the local coffee shop, smoked a strange cigarette and puked up in the toilet. After that I had a good night. 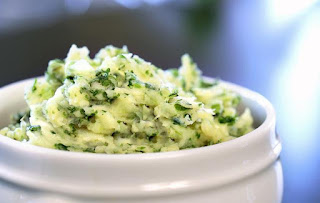 Fear of edges, like station platforms or cliffs. I think it is a type of vertigo. 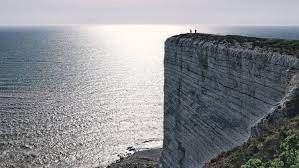 Italy – nice people – also seem to like the English! 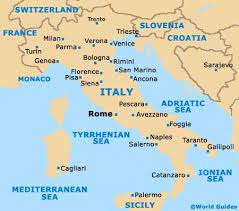 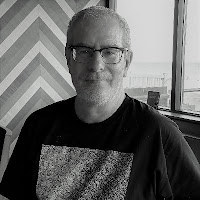 Many thanks to Simon for his time.
You can catch up with him at the following haunts...
Website/blog - https://simonmarlowe.wordpress.com/
Facebook - https://facebook.com/SimonMarloweAuthor/
Twitter - https://twitter.com/simon_marlowe
Instagram - https://instagram.com/simonmarloweauthor/
Check out his latest book as well....
The Dead Hand of Dominique 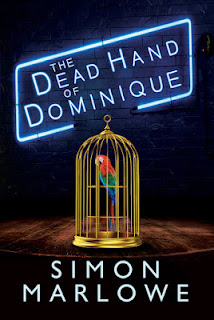 Synopsis/blurb...
Steven Mason, a young career villain, needs to find his boss's girlfriend Dominique. Straightaway, he knows things are not going to be easy when he finds a dead hand in Mickey Finn's old fridge.
So begins a series of encounters: St Mary with a limp wrist; Dominique's husband Texas - a semi-retired gigolo; his vicious brother Greg; rent boys; a psychiatrist and a corrupt detective.
As Steven realises he's uncovering a bitter dispute between two gangs, so division and betrayal make him hunter and hunted. He will need to decide whom he can trust, torn between his loyalties and his attraction to his friend's girlfriend ... not to mention what the outcome will be with a caged parrot.
Posted by col2910 at 05:15