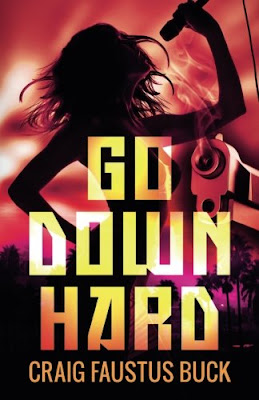 Nob Brown is a divorced, disillusioned thirty-something ex-cop turned bottom-feeding tabloid writer. His best friend and occasional lover, Gloria Lopes, is an LAPD detective who needs an Excel spreadsheet to chart her sex life. When Gloria slips Nob the confidential file on the unsolved twenty-year-old murder of a legendary rock-and-roll goddess, Nob hopes to solve the crime and propel himself out of the tabloids and into a lucrative book deal. But he pokes into the wrong holes and unearths rotting secrets that give rise to fresh corpses. As the cold case comes to a fast boil, Nob is forced to battle for his own survival.

Ex-cop turned journalist, Nob Brown decides to look into the 20 year old unsolved murder of Lana Strain – rock goddess and his adolescent wet dream after friend with benefits Gloria, a cop loans him the file. Nob, strapped for cash, with his ex-wife Holly threatening to make him homeless, thinks there may be a few bucks to be made with a story around the anniversary of Lana’s demise.

Nob starts with Lana’s family. Dysfunctional to say to least. There’s her ex-husband Billy Kidd - a former rock star turned born again Evangelist. A couple of grown up daughters, both in and out of therapy over the years, both with obvious problems and the pair of them estranged from each other.  One of them, Sophia is now living with her former shrink who also happened to have been unethically treating her sister at the same time. Ethics not counting for too much if you end up having a long term relationship with one of your patients anyway. Ginger, the other daughter makes a living getting her kit off regularly in a porn studio for a pay-per-view audience while dressed up as her mother. Cybersex with Lana Strain! Lana’s father and the girls’ grandfather is on the periphery estranged from either one or both girls – I can’t remember and not having been particularly close to Lana at the time of her death anyway.

As Nob tries to untangle the families fractured relationships and make sense of who did what to whom, who’s lying, who’s genuine, who got cheated out of their inheritance and who might have murdered Lana; we have a further death in the family, plenty of sex and cross paths more than fleetingly with a Russian crime boss and a crooked but connected lawyer – neither of whom are kindly disposed to Nob making his inquiries.

An interesting and enjoyable mystery if not a trifle over-long in my opinion. 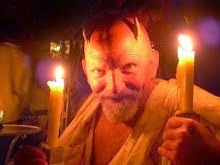 I liked a few of the characters, Nob, his assistant Melody, Gloria and Billy and I was keen to see how it all played out. There's a bit of action, I liked the scenes where we met Vlad the Impaler, our Russian gangster and also the friction between Nob and Holly. A fair bit of humour in the book too, which helped. It just seemed to take a while to get where we were going… 370 pages in fact.

I’ve read and enjoyed Craig Faustus Buck before. Psycho Logic was enjoyed in March (no post on it yet) and I loved his short story Dead End back in October 2014

Go Down Hard was a Net Galley book courtesy of publisher Brash Books.
Read in July, 2015