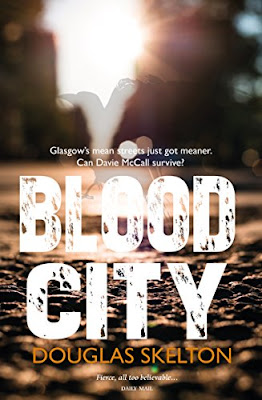 Meet Davie McCall - not your average henchman. Abused and tormented by his father for fifteen years, there is a darkness in him searching for a way out. Under the wing of Glasgow's Godfather, Joe 'the Tailor' Klein, he flourishes. Joe the Tailor may be a killer, but there are some lines he won't cross, and Davie agrees with his strict moral code. He doesn't like drugs. He won't condone foul language. He abhors violence against women. When the Tailor refuses to be part of Glasgow's new drug trade, the hits start rolling. It's every man for himself as the entire criminal underworld turns on itself, and Davie is well and truly caught up in the action. But an attractive young reporter makes him wonder if he can leave his life of crime behind and Davie must learn the hard way that you cannot change what you are. Blood City is a novel set in Glasgow's underworld at a time when it was undergoing a seismic shift. A tale of violence, corruption and betrayal, loyalties will be tested and friendships torn apart.

Having read and enjoyed the fourth and final Davie McCall book Open Wounds a month or two ago, I decided to backtrack and read the first three in the series.

Blood City introduces us to Davie and his position of employ with criminal boss, Joe the Tailor in the early 80s. Davie and his best friend Rab McClymont are the young Turks in Joe the Tailor’s operation.  We learn of Davie’s troubled upbringing which saw him witness his father killing his mother in a drunken rage. McCall Snr. flees after the deed and hasn’t been seen since, though he casts a firm shadow over young Davie throughout the book.

Dannie McCall was well known throughout Glasgow’s criminal fraternity and when people see Davie he is immediately reminded of who his father was. Davie wears this association like a badge of shame. Although a criminal at heart, he is nothing like his father. We discover Joe’s history also and what he endured during WW2 as a young Jew in Poland, before relocating to Glasgow. There’s a close bond between Davie and Joe, almost a father and son relationship.

Skelton also introduces us to several of Glasgow’s finest, led by Jack Bannatyne, with “black” Jimmy Knight and Frank Donovan his leading detectives. Teamed together they have differing morals and outlooks on how their policing should be conducted. The black Knight all too happy to overstep the mark and use violence on witnesses or intimidate prostitutes into providing some easy gratification. Donovan, happily married is the other side of the coin.

A scheme to import a massive shipment of drugs, by a Glasgwegian criminal cooperative, fully embracing Thatcher’s spirit of free enterprise, sets a gangland feud in place when Joe the Tailor declines to participate.

Death follows as the various players jockey for position and a share of the profits. Joe’s a marked man. Jimmy Knight has ambitions also and is happy to play a long game. Davie’s on a few people’s radar and his new romance may not be his salvation. 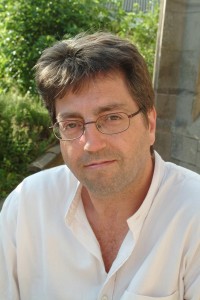 Top marks again for Skelton – character, setting, action, plot and pace – all massive ticks in the box. Everything I like about crime fiction bundled up in a 220 page offering...........criminals with morals, friendships under pressure, outcome uncertain.

Borrowed from my local library. Read in August, 2016.