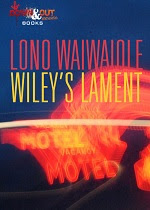 Wiley's Lament is a violent, profane, and graphic look at a life that has spun off its rails in the wrong part of town, but it's also about remorse, renewal, and the flickering possibility of redemption.

Wiley is a man who ripped his life apart with his bare hands and is now drifting through the remains like a ghost, making ends meet by playing poker when the cards run well enough and ripping off drug dealers when the cards run bad. He is separated from his long-suffering wife-permanently, so far-and his daughter hadn't spoken to him for a year by the time she turns up in a motel room cut deep, too deep to keep breathing, by a really bad man.

Wiley drifts through the nasty underside of Portland's sex industry in search of the murderer, but he takes two steps back for every forward stride. His progress impeded by the life he has been living, Wiley re-examines his existence as the bullets fly, blood flows, and love (or a reasonable facsimile) flickers faintly.

By the time the journey winds to its final dead end, Wiley has begun the process of getting to know himself and the daughter he lost. Where exactly that leaves him remains to be seen, but then that's why sequels were invented.

A new-to-me author – Lono Waiwaiole with the first from his three book series featuring an outlaw called Wiley.

A fantastic, breakneck start with our main man Wiley ripping off a drug gang for cash in Seattle.

I picked Seattle because you don’t piss in your own peonies, and because Seattle’s tendency to look down on the rest of us had always rubbed me a little raw.
That’s the problem with having the Space Needle for a nose – the thing sticks straight up in the air.

His temporary elation at this success is soon shattered by the news his estranged daughter, Lizzie has been murdered. We have a split narrative – so are with Lillie when she encounters her killer. We know who he is and kind of what he’s a part of. Fernando is violent, sadistic, amoral and totally ruthless. He’s also part of a drug cartel and is the inside man, involved with a US government agency takedown of his boss. His handlers are prepared to allow him some latitude as the operation’s success is deemed more important than the death of a sex-worker.

Wiley tears around Portland searching for Leon – his best friend and landlord, but someone also involved in the city’s sex trade and who Wiley deems responsible for Lizzie’s death. Leon and Lizzie having had a thing together for a while. Leon seems conspicuous by his absence.

When they eventually catch up with each other, Leon dissuades Wiley from his initial course of action and together the pair of them team up and with the reluctant agreement of the local law start the hunt for our killer, Fernando.

In the meantime efforts to keep Fernando on a short leash and under control, prove futile as he conducts a clean-up operation around town, endeavouring to eliminate anyone who can connect him back to the killing. His babysitters are complicit upto a point – ok covering tracks, but they aren’t openly sanctioning a bloodletting.

An interesting scenario as we have two teams chasing around – one covering tracks and eliminating the dots, whilst the other is endeavouring to find them and connect them. Neither one too concerned about operating within the boundaries of the law.

Very violent, but with a lot more going on as well. Grief, regrets, loss and a search for answers and retribution. For our killer – just another day at the office. 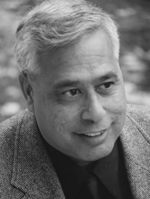 Pretty damn good. A series I may read more of in the future.

Down and Out Books have recently re-released them in digital format. Their website is here.