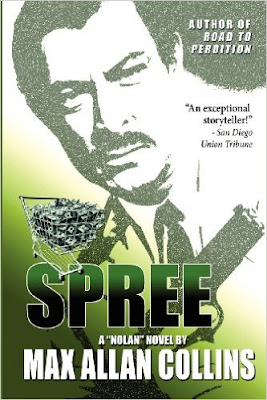 The taut, final crime novel in Max Allan Collins's Nolan series. Both Nolan and his friend Jon have retired from the dangerous game of robbery. But a backwoods hoodlum named Cole Comfort kidnaps Nolan's girlfriend and demands he pull one final, huge job. Fast, sexy, brutal.

"Max Collins is a damned fine writer!" (The Armchair Detective)

Another entertaining romp with Collins and his man Nolan. On this occasion Nolan has stepped away from a life of crime and is a respected businessman in his community. Sherry his live-in girlfriend and club manager, has designs on marriage, but has yet to totally convince Nolan of the idea. Her plans get thrown off track with the arrival of Jon – Nolan’s younger sidekick from previous adventures.

The unexpected appearance of more of the Comfort clan – a nemesis from previous books - doesn’t bode well for future matrimonial harmony; because if Coleman Comfort’s plans come to fruition, Sherry and Nolan (and Jon) won’t be around to exchange vows.

Comfort kidnaps Sherry, to coerce Nolan into heisting the shopping mall where his nightclub is situated. With limited options, Nolan puts himself back in the game; planning to heist his friends and neighbours while at the same time desperately trying to track down Sherry’s location.

Fast, funny, violent and on this occasion we see, if not a softer Nolan, one a lot less machine-like and more capable of emotion. 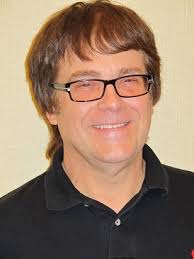 Despite the bit in the blurb stating this is the final Nolan book, I do still have one to read. Collins’ Nolan books have a chequered publishing timeline. Written, published, not published, options not taken up, manuscripts lost and subsequently rediscovered and resurrected. Max Allan’s interesting introductions to the Kindle editions add value to the series.

Spree was bought for Kindle a year two two ago.