2 from Dan Fante this week. 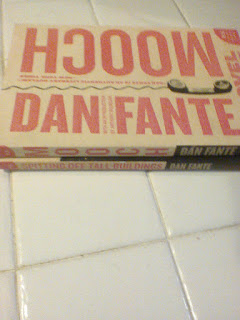 His father was author John Fante, noted for his Bandini Quartet of novels, which sits somewhere in the piles.

He has a series of 4 books with his protagonist Bruno Dante – Mooch and Spitting are the second and third in the series. Chump Change and 86’d open and close the series. His most recent novel was Point Doom in 2013, which I have but haven’t yet read (unsurprisingly) and there a biography of his father, enigmatically titled Fante which looks interesting, but I may have to pass on it.

I did read his short story collection – Corksucker (Short Dog in the US) a few years ago. Review here. 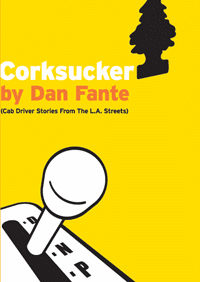 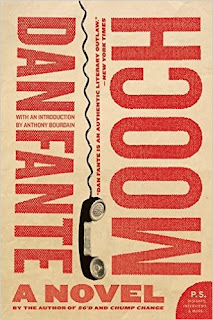 Bruno Dante is trying to straighten out selling printer supplies for a company ruled by a straight, militaristic disciplinarian. Unfortunately for Bruno, a former gangbanger, lap-dancer and crackhead called Jimmi turns up and soon he's back in free fall. 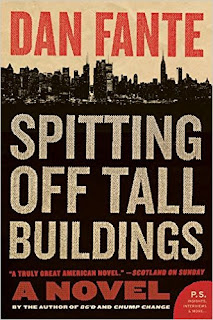 Bruno Dante - aspirant playwright and long-time drunk - has hitch-hiked cross country, escaping the sunshine of LA, for the more cynical climate of New York. He should fit right in. But if there's money for beer he's sure to fuck things up.
Posted by col2910 at 00:10