Well rightly or wrongly our cinema re-opened in October for a short period.

Rightly or wrongly, we took advantage of that fact and splurged on a few films in the month.... 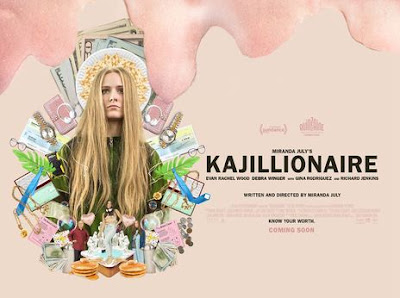 Kajillionaire (2020)
Probably my favourite film of the month, just shading it a fraction over The Burnt Orange Heresy.
We have a small time family of crooks and their daily grifts and petty cons. I was reminded a little bit of another film about grifters - Matchstick Men. I bloody loved that one too.
I found the film incredibly sad and affecting because of the parent's callousness and disregard for their daughter. Every interaction was viewed as a transaction and valued by whether or not it brought any economic gain to the unequal threesome. I thought Evan Rachel Woods' performance as Old Dolio (the daughter) was outstanding. Ably supported by Richard Jenkins and Debra Winger. Not a film I will forget in a hurry and one for me to track down when released on DVD. Some people just aren't cut out for parenthood.
From Wikipedia....
Kajillionaire is a 2020 American comedy-drama film written and directed by Miranda July. The film stars Evan Rachel Wood, Debra Winger and Richard Jenkins as members of a close-knit petty crime family whose relationship becomes frayed when a stranger played by Gina Rodriguez joins their schemes.
Kajillionaire had its world premiere at the Sundance Film Festival on January 25, 2020 and was released in theaters on September 25, 2020, followed by video on demand on October 16, 2020 by Focus Features in the United States and by Universal Pictures internationally. 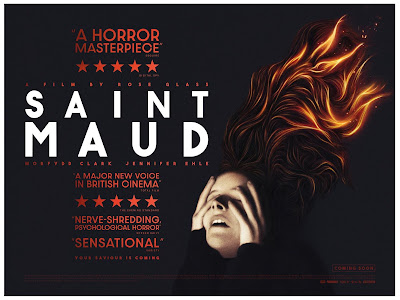 Saint Maud (2020)
A few month's on (5 to be sure) and I can't remember too much about this one. I don't recall hating it, I don't recall loving it. I guess I enjoyed it because it didn't suck and it was a rare night out during 2020.
From Google...
Maud is a reclusive young nurse whose impressionable demeanour causes her to pursue a pious path of Christian devotion after an obscure trauma. Now charged with the hospice care of Amanda, a retired dancer ravaged by cancer, Maud's fervent faith quickly inspires an obsessive conviction that she must save her ward's soul from eternal damnation, whatever the cost. 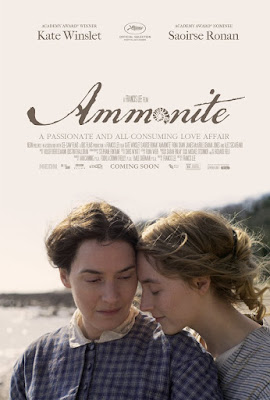 Ammonite (2020)
Once upon a time if I had a choice between watching Kate Winslett or sticking a knitting needle in my eye, I would have unhesitatingly reached for the needle. I must be getting older, and like a good wine am maturing with age. I didn't actually mind this one.
A bit of a Victorian romance of the unconventional sort. Not amazing and I won't be rushing to watch it again, but it was enjoyable.
Loneliness, isolation, women under valued in a male world, marriage, neglect, companionship blossoming into friendship, then love and some confusion over how to prolong those feelings.
From Google....
Acclaimed paleontologist Mary Anning works alone selling common fossils to tourists to support her ailing mother, but a chance job offer changes her life when a visitor hires her to care for his wife. 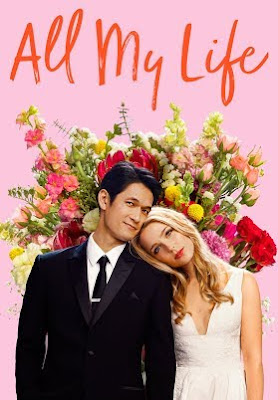 All My Life (2020)
Based on a true story and more than a little bit sad.
Young love between a couple gets de-railed by terminal cancer. The end.
I don't know that you can ever really enjoy films like this, while appreciating them, trying to empathise with all those affected and thanking your own lucky stars.
From Google....
Jennifer Carter and Solomon Chau are a sweet, fun-loving, newly engaged couple who are ready to start their lives together. But when Solomon is diagnosed with terminal liver cancer, their hopes for a summer wedding become impossible. With time running out, their friends and families soon devise an inspirational plan to help Jennifer and Solomon realize their dream wedding. 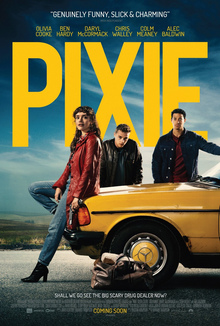 Pixie (2020)
One that I fancied the look of, but my wife wasn't overly keen on. She was more right than me. It was okay. A bit too much of a try hard film ..... over stretching on the need to appear edgy and cool and energetic. It had it's moments and I'm glad I watched it, but I don't need to see it again thanks.
From Wikipedia.....
Pixie is a 2020 British comedy thriller film directed by Barnaby Thompson. The film stars Olivia Cooke, Ben Hardy, Daryl McCormack, Colm Meaney and Alec Baldwin.
The film was released in the United Kingdom on 23 October 2020 by Paramount Pictures.
Premise
A woman and two men find themselves on the run in the Irish countryside after a heist gone wrong. 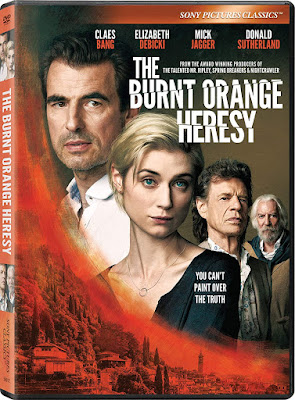 The Burnt Orange Heresy (2019)
One I was anticipating ever since I heard about it and it didn't disappoint. I pretty much loved every minute of it. I read the book of the same name by Charles Willeford maybe 30 years ago. I want to read it again sometime soon.
Mesmerising. One to seek out on DVD.
From Wikipedia....
The Burnt Orange Heresy is a 2019 crime thriller film directed by Giuseppe Capotondi and with a screenplay by Scott Smith. The film is based on the book of the same name by Charles Willeford and stars Claes Bang, Elizabeth Debicki, Mick Jagger, and Donald Sutherland.
The Burnt Orange Heresy was selected as the closing film at the 76th Venice International Film Festival and was released on March 6, 2020, by Sony Pictures Classics.
Synopsis
Art critic James Figueras is enlisted by a wealthy art dealer to steal a painting from reclusive painter Jerome Debney. 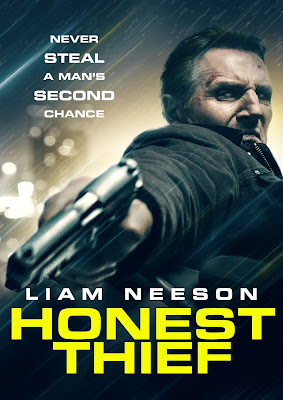 Quite like Liam Neeson as a rule...... Taken, Taken 2, (was there a Taken 3?), Love Actually, The Grey, A Walk Among the Tombstones. Not one of his better films TBH.

Ok overall. I wasn't bored, but neither was I on the edge of my seat.

Wanting to lead an honest life, a notorious bank robber turns himself in, only to be double-crossed by two ruthless FBI agents.