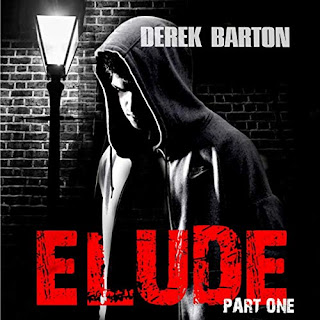 Stepping blindly into a horrific murder scene, a young ex-con, Vicente Vargas, must flee from the police while eluding the real killer who continues to pin more bodies on him in this intricate cat-and-mouse game.

Cut off from all friends and family, tried and convicted by the press, Vic must survive on his wits and cunning on the gritty streets of Phoenix, Arizona long enough to clear his name.

An interesting set up which has a young Hispanic man set up for a murder. It's almost like an episode of The Fugitive. By the time we reach the end, its still unclear as to what is exactly going on and in particular why. Our main character, Vicente has now thrown his lot in with a young teenage girl, who is connected to the murder of her grandmother's nurse, courtesy of some clever computer hacking.

Youthful mistakes, consequences, family, a murder and a patsy, events out of control, hacking, on the run, law enforcement, gangs....

Some books kind of frustrate me with the cliffhanger outcome, but on this occasion not so much. I'm just intrigued as to the under-lying story and the explanation for Vicente's and his young accomplice's situation.

Story - interesting; pace - steady; characters - sympathetic; setting - a plus; lots of tension and no little excitement; the odd moment when you are thinking ...... No Vicente, don't do that! And of course he does.

Elude Part One is obviously followed by Part Two, which in turn is concluded (one hopes) by Part Three. Roll on Part Two!