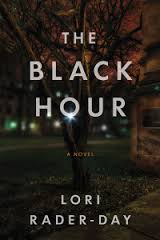 For sociology professor Amelia Emmet, violence was a research topic—until a student she’d never met shot her. He also shot himself. Now he’s dead and she’s stuck with a cane and one question she can’t let go: Why her? All she wants is for life to get back to normal. Better than normal, actually, since life was messy before she was shot. Then graduate student Nathaniel Barber offers to help her track down some answers. He’s got a crush and his own agenda—plans to make her his killer dissertation topic. Together and at cross-purposes, Amelia and Nathaniel stumble toward a truth that will explain the attack and take them both through the darkest hours of their lives.

"You know how wonderful it is to find a novel that you hate to put down? Lori Rader-Day's debut was just such a book for me. From its breathtakingly beautiful prose to its artful, escalating suspense, The Black Hour kept pulling me back for just one more page, one more chapter."
-JULIE HYZY, New York Times-bestselling author

"A terrific whydunnit! This dark page-turner of a puzzle-well-written, with bite and style and edge and simmering conflict-will keep you riveted from page one."
-HANK PHILLIPPI RYAN, Agatha, Anthony, Macavity, and Mary Higgins Clark Award-winning author

"A riveting, ingenious first novel…. The Black Hour will linger with you weeks after you've read it."
-SCOTT BLACKWOOD, Whiting Award-winning author of See How Small

"Utterly compelling. The question at the heart of The Black Hour is original and engrossing, and I defy anyone not to devour the book to get to the answer…. A triumph."
-CATRIONA MCPHERSON, author of As She Left It

Another debut novel for me here and another mystery set in the world of academia, with the fictional setting of Rothbert University, a prestigious establishment at its heart.

Our story is delivered by dual narrators. Firstly, Amelia Emmet as we pick up with her on her return to work, 10 months after being shot by a student, who then turned his gun on himself. Emmet is interesting as a character. She’s by turns, deserving of our sympathy as she struggles with the realities of her physical disability in the aftermath of the incident as well as the emotional distress she feels, especially returning to the scene of the crime. At other points she irritates and annoys with her treatment of those around her. On the whole mostly sympathetic, by virtue of her victim status but not really likeable. She’s flawed which is what makes her credible.

Our second narrator is Nathaniel Barber. He’s a post-graduate student, who has a bit of an obsession with violent crime and a fixation on Amelia’s shooting in particular. He wrangles his way into a job as Emmet’s teaching assistant. This comes across as a bit creepy, until we learn more about him. He’s a bit of a loner, is dis-connected from his father and still dealing with the aftermath of his mother’s death a year or so ago and the more recent break-up with his girlfriend. Less interesting than Amelia, but more sympathetic.

At the heart of the mystery is the quest for an explanation behind the shooting, which the police have decided was random. Both our narrators seek answers and have a common purpose in finding answers. 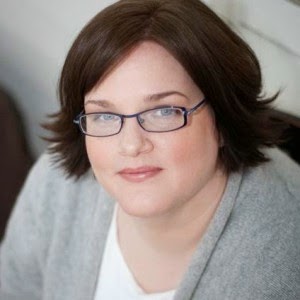 Overall an enjoyable book, that had me flipping between suspects as it reached the climax.