2 more from the shelves of the library this week are by Seymour Shubin - a household name surely?

Never heard of him?  There’s a bit of an author biography on the Hard Case Crime site which reads as follows……… In 1953, Seymour Shubin published his first novel, Anyone’s My Name. It quickly became a New York Times bestseller and went on to be recognized as a classic of the field, published in numerous international editions and taught in college courses on both literature and criminology. Subsequently, Shubin wrote more than a dozen other novels, including one, The Captain, that was a finalist for the Edgar Allan Poe Award and selected for the mystery reference work 100 Great Detectives. 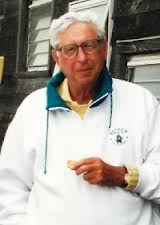 Born in 1921 his most recent work The Hunch was published in 2009 when he was in his late 80’s! He's still with us, so what chance another new novel?

Most of his books seem to have a tag of psychological crime, which if I’m totally honest isn't always a strand that appeals to me……..maybe I have just read poor examples of it!

THE GOOD AND THE DEAD 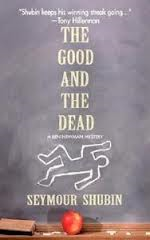 The good and the dead -- what does it mean? Don't even try to guess.

Ben Newman, a writer of true-detective stories, has written about scores of murders and thinks he has seen it "all" -- until he's confronted with the murders of adults from his old neighbourhood whom he hasn't seen since childhood. It begins with the body of his brother's wife found floating in the family swimming pool. Suspicion immediately centres, with good reason, on Ben's brother, a physician. But then Ben -- who has always looked on murder as something that happened to "other people," finds himself confronted with a series of strange deaths: among them a pharmacist he'd known since kindergarten, and a woman whom he'd kissed in the moonlight on a long-ago school trip.

In this, his eleventh novel, Edgar-finalist Seymour Shubin takes us on a bizarre journey through several murders that eventually come to reflect on our own humanity. This is a novel, a rarity in psych/suspense mystery fiction that combines truly unforgettable characters with pure action. 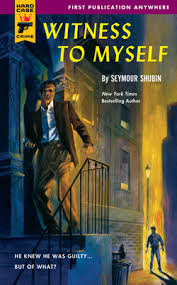 Fifteen years ago, teenager Alan Benning jogged off a beach - and into a nightmare. Because what awaited him in the Cape Cod woods was an unspeakable temptation, a moment of panic, and a brutal memory that would haunt him for the rest of his life.

Now a successful lawyer, Alan finds himself drawn back to the scene of the crime, desperate to learn the truth about what happened on that long-ago summer day. But even as he grapples with his own dark secrets, he finds himself hounded by a shadowy adversary - and by the forces of justice, drawing their net around him tighter by the day. 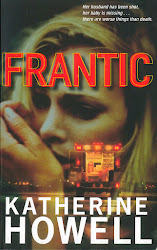 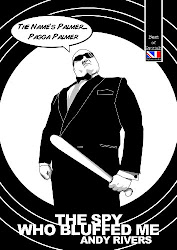 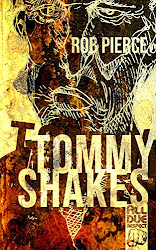