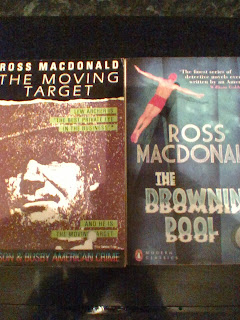 I have managed to read crime fiction for over 20 years without ever cracking the spine on a Ross Macdonald – Lew Archer book. I have most of the Archer series on my shelves in spite of this aberration. Perhaps it’s less chancy buying up a series of books that has been described by William Goldman as   "the finest series of detective novels ever written by an American."

In total Macdonald penned 18 Lew Archer novels between 1949 and 1976, plus about 9 or so short stories or novellas which featured his PI. He wrote a couple of books prior to the Archer series starring a character Chet Gordon and another 4 standalone novels. 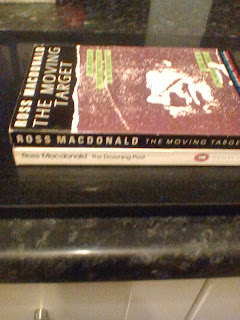 Macdonald AKA Kenneth Millar was married to Margaret Ellis Millar. Margaret was an established author long before Kenneth made into print, under his pen name. He initially chose John Ross Macdonald as his pseudonym , but dropped the John to avoid confusion with John D MacDonald.

If I haven’t already lined up too many books to read next year, hopefully 2014 will see me sample at least the first in the series! 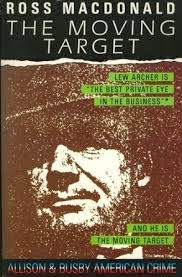 Like many Southern California millionaires, Ralph Sampson keeps odd company. There's the sun-worshipping holy man whom Sampson once gave his very own mountain; the fading actress with sidelines in astrology and S&M. Now one of Sampson's friends may have arranged his kidnapping.

As Lew Archer follows the clues from the canyon sanctuaries of the megarich to jazz joints where you get beaten up between sets, The Moving Target blends sex, greed, and family hatred into an explosively readable crime novel. 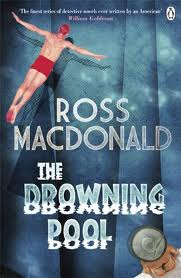 When a millionaire matriarch is found floating face-down in the family pool, the prime suspects are her good-for-nothing son and his seductive teenage daughter. In The Drowning Pool, Lew Archer takes this case in the L.A. suburbs and encounters a moral wasteland of corporate greed and family hatred--and sufficient motive for a dozen murders.I