Well it’s the halfway point on the Crime Fiction Alphabet 2013 journey hosted by Kerrie at Mysteries in Paradise. I can envisage some problems ahead, but we’ll worry about that in coming weeks. For now it is some M’s I’ve enjoyed and some on the mountainous pile to be got to at some point in the next 20 years – on the basis that I enjoy the 3 full score and 10! 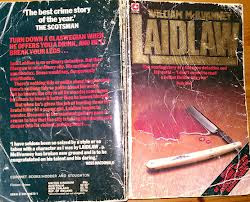 Laidlaw was a book I read late last year. The first in a short series of three about a Glaswegian detective. Highly recommended. I have the other two waiting for me, a couple of scabby, well-read, dog-eared paperbacks which I just love, The Papers of Tony Veitch and Strange Loyalties.....one of these days!
McIlvanney has had a bit of a renaissance recently, not that he ever really went away, but the three in the collection have been or are about to be re-published shortly.

An extraordinary debut by a Scottish mystery writer, this cult classic of crime fiction presents Detective Jack Laidlaw, a policeman as complex and self-critical as you'll ever meet. Laidlaw follows the trail of murder investigation deep into the underbelly of Glasgow, a world he knows the way Phillip Marlowe knew Los Angeles.

I was blown away by this when I read it back in 2009, courtesy of the author's kindness in sending me a copy. I had previously read the first in his Michael Forsythe trilogy, Dead, I Well May Be which was really enjoyable as well. Side-tracked by other books and life in general, I haven't read anything else by him since though there are more waiting for me. 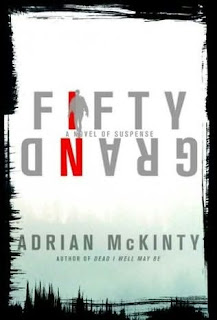 A man is killed in a hit-and-run on a frozen mountain road in the town of Fairview, Colorado. He is an illegal immigrant in a rich Hollywood resort community not unlike Telluride. No one is prosecuted for his death and his case is quietly forgotten.

Six months later another illegal makes a treacherous run across the border. Barely escaping with her life and sanity intact, she finds work as a maid with one of the employment agencies in Fairview. Secretly, she begins to investigate the shadowy collision that left her father dead.

The maid isn't a maid. And she's not Mexican, either. She's Detective Mercado, a police officer from Havana, and she's looking for answers: Who killed her father? Was it one of the smooth- talking Hollywood types? Was it a minion of the terrifying county sheriff? And why was her father, a celebrated defector to the United States, hiding in Colorado as the town ratcatcher?

Adrian McKinty's live-wire prose crackles with intensity as we follow Mercado through the swells of emotion and violence that lead up to a final shocking confrontation. 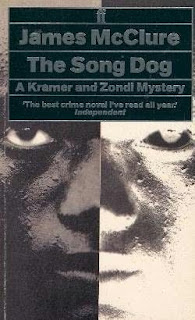 One of my reading aims a few years ago was to expand my geographical reach in the books I read. South Africa at the time didn't offer me much in the way of choice, apart from McClure. I was ignorant at the time of the excellent Deon Meyer, and subsequently Roger Smith and Mike Nicol have come to the party and entertained me. The Song Dog and the whole series was intriguing in that it's set during Apartheid and features a black/white police double act. I have more of the series of about 10 to enjoy at some point. Excellent cover also!

Publisher's Weekly
McClure adds to his admirable South African series of police procedurals featuring Afrikaner CID lieutenant Tromp Kramer and Bantu sergeant Mickey Zondi (last seen in The Artful Egg ) with an altogether satisfying prequel, jumping back to 1962 and the case that brings the two together. Kramer is called to a backwater town in Zululand after a young white housewife of questionable repute and a respected police officer are blown to bits when dynamite explodes her isolated home. Is the killer her reportedly violent and jealous husband, or was the husband in fact the intended target? It's Kramer's job to learn the truth, hampered though he is by incompetent police and medical staff and by his constant stumbling over Zondi, on the scene to track down a killer of his own. As is characteristic of McClure's series, the novel thrives on the relationship between the acerbic Kramer and the carefully clever Zondi, as well as on its intelligently underplayed depiction of South African customs and attitudes. Mysterious Book Club selection.

Library Journal
McClure's prequel to his Kramer/Zondi series details the South African pair's initial meeting. Already hard at work on the double murder of a beautiful but notorious young lady and an efficient, middle-aged detective, the devil-may-care Kramer appropriates the intelligent black Zondi--looking for a multiple killer and cousin--as assistant. Vivid imagery, crackling prose, and the exotic surroundings of Zululand (complete with racial attitudes) create an exciting package. Series fans will surely want to read this; others may get turned on to a good thing. 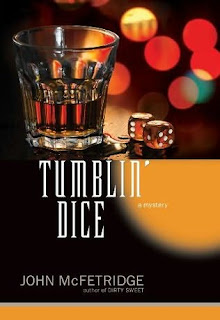 I have read a couple of this excellent Canadian author's previous books, Swap aka Let It Ride and Dirty Sweet. I have had this waiting for me for a year or so. He's been likened to Elmore Leonard, which is pretty high praise in my opinion. He's his own voice though - another recommended author.

The High, a band with a few hit songs in the late 1970s, have reunited to play the nostalgia circuit at casinos. But for bassist Barry and lead singer Cliff, this tour promises to be unforgettable and even more worthwhile than ever. In this fourth installment of the Toronto series, these two band members turn the tables on the gritty underworld of casinos, as they rob the loan sharks and drug dealers who work at every stop of the tour. After finding their old manager who had swindled millions from them years ago, Barry and Cliff decide to go for the big score and get it all back - and more. But when the Saints of Hell, the notoriously dangerous motorcycle gang, get involved, all bets are off. 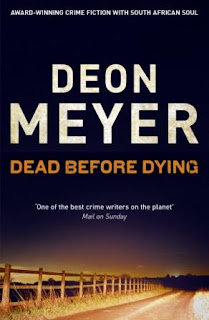 I've had this baby on the pile for maybe two years or so. I haven't picked my way through his back catalogue just yet, but it's on my to-do-list. Post-apartheid South Africa isn't high on my bucket list of places to visit, thanks to Meyer. I do like reading about it though

Mat Joubert has lost everything: his wife, his hope and his future. Then a series of murders throws the residents of Cape Town into panic. As the killer works down some unseen hit list, it becomes clear that while Mat is struggling to start anew, the only thing the killer wants is revenge. 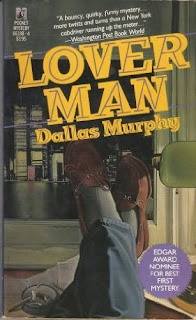 I must have had this over 10 years at least. First in a 4 book series, I can't recall where it came from or how the author came to my attention, maybe Murder One in London a long,long time ago. One of these days, Mr Murphy - I will see what you bring to the party!

Clever, intriguing, shocking, touching and funny, this first novel from playwright Murphy inaugurates what should be an outstanding series. Murphy introduces Artie Deemer, a man whose only discernible hobby is an all-consuming passion for jazz, and whose income is supplied by his dog, Jellyroll, a canine famous across America as the "spokesdog" for a national brand of dog food. Everything in Artie's life is great until two cops show up at his door and tell him his ex-girlfriend, Billie Burke, has been found murdered in her Manhattan apartment. When someone who turns out to be Billie's lesbian ex-lover shows up at Artie's door with a cryptic note in Billie's handwriting, Artie finds himself embroiled in a bewildering mystery that will keep readers turning pages at a breakneck pace. Murphy writes with clarity and power; the prison and morgue scenes are shockingly good. His characters are fascinating and unique no mystery buff should miss Deemer's friend Calabash, his unusual lawyer, nor any of the 20 or 30 characters who make this one of the year's best.

Next week I'll be posting about some N's in my library.