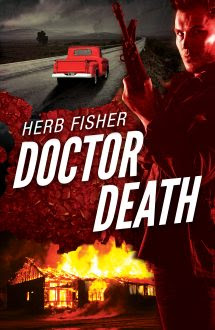 Synopsis/blurb...
The first novel in the classic, hard-to-find, 1980s vigilante series...now back in print for the first time in decades.
"Doctor Death shoots, stabs and strangles as smoothly as most grandmothers make hot cocoa. He is as handy with a bayonet as he is with an Uzi. He spares no one." New Jersey Courier-Review
Kyle Youngblood was a Green Beret in Vietnam...where he became a relentless killing machine, fighting for God and country, while longing for the humanity he left behind. They called him Dr. Death. But when he returned home to his ranch in Nevada, to his loving wife and kids, he discovered that he couldn't escape the violence. It followed him like a shadow...and when Youngblood is forced to kill a man in self-defense, the son of a big-time mobster, the retribution is swift and brutal. But the mob's professional assassins who come for Youngblood don't realize he isn't just some "hick rancher." He's a man who won't be intimidated, who won't run from a fight...and who won't die easily. He's declaring war on a new enemy, using the same lethal skills that he mastered in the steaming jungles of 'Nam.
This new edition includes an introduction by Eric Compton. co-host of the Paperback Warrior podcast, that explores the life of author Herb Fisher and what makes his four Doctor Death books unique in the men's action-adventure genre.
"Doctor Death appears to be a late 80s cash grab targeting Mack Bolan fans. It's much better than that. Herb Fisher gets everything right with Doctor Death. Kyle is an admirable protagonist and his willingness to sacrifice himself for his family transcends the printed page." Paperback Warrior
Up until about a month ago, I had never heard of author Herb Fisher and if it wasn’t for Brash Books re-issuing his four Doctor Death books recently, my ignorance would have long continued. I’m happy to report that’s now not the case.
Doctor Death is a fast-moving, action-packed, violence-filled, page-turning, thrill-fest that managed to scratch every reading itch I had, as well as a few I probably wasn’t even aware of.
Kyle Youngblood aka Doctor Death is first encountered in 1969 in the jungles of Vietnam. There’s a slight suspension of disbelief required as he single-handedly hands out death and destruction to an assortment of NVA and VC enemy soldiers – 164 in total. Hence the nickname.
We pick up in the early 70s and Youngblood has returned to family life and is scratching out a living in Silver Lake, Nevada on his farm/ranch. He is happily married. He has two children; a young daughter and a 12 year old son who both adore him.
Youngblood runs an errand into town and on his way home stops off for a beer at a roadhouse. It’s a bar where he knows the owner. Unfortunately, his visit happens to coincide with that of a self-entitled, drunken, boorish, son-of-a Mafioso Buddy Fallon and his two minders. Buddy is upsetting the locals, but Kyle steers clear of any trouble until their vehicles collide in the car park when both reversing.
An argument ensues, followed by a fist fight and Buddy and his minders come off second best. Buddy tries again, going for a sucker-punch when Kyle’s back is turned. Kyle overreacts and its game over. The young man dies. Youngblood is arrested and the young man’s father a Mafia bigshot loses his marbles. Vengeance is promised if the law fails the Fallon’s.
Mayhem ensues. Fallon goes after Kyle. Kyle protects his family. Some innocents suffer and Doctor Death lives up to his nickname.
I guess the story as such isn’t going to be everyone’s cup of tea, but to me it came across as more than just another ex-Nam vet who won’t be pushed around kind of vengeance/vigilante thriller.
Youngblood’s character and his relationships with his wife, his family and his friends and neighbours are fully explored. He doesn’t seek out the trouble that comes his way, but similarly he’s not a man to be trifled with.
I quite like the trope of a town/community in thrall to the power of one man. This includes the local Sheriff, John Bookman who has accepted numerous bribes and kickbacks from Daddy Fallon, so is almost emasculated when Fallon takes the law into his own hands and hires on some Vegas hitmen, before widening his reach and importing some nefarious types from a bit further afield to deal with Kyle. 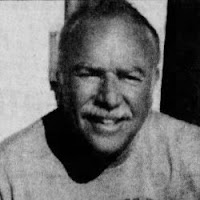