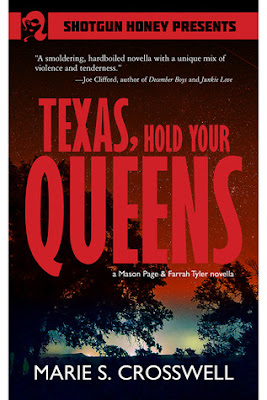 When the body of an undocumented Mexican immigrant is found abandoned on a roadside, Detectives Mason Page and Farrah Tyler have no clue how a throwaway case that neither wants to let go will affect their lives.

On the job, Page and Tyler are the only two female detectives in El Paso CID’s Crimes Against Persons unit, and have to deal with the condescension of their male counterparts.

Off the clock, the two have developed an intimate friendship over the past seven years, one that will be jeopardized when the murder case puts them on suspect Reed Gabler’s trail.

Another cracking outing from the Shotgun Honey stable with Marie S. Crosswell and her gritty novella, Texas, Hold Your Queens.

Fast, tough, violent. Alternately sprinkled with pain, compassion and heart. A quest for justice, allied with a bit of a love story.

Two tough female, connected detectives seek justice - however it comes - for the victims of a violent, sexual predator, a recently released felon who is a rapist and a murderer.

No punches pulled, decent story which gets where it's going quite promptly, but at the same time without rushing. Interesting characters and relationship dynamics with a few ups and downs between our two leads - Mason and Farrah.... anger, jealousy, pettiness, and a difference of opinion over the means of dealing with the predator. Hopefully, love can conquer all.

Definitely an author I need a BOLO alert for regarding future books. 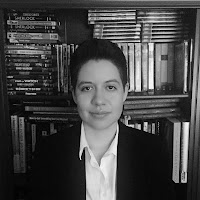 As an added bonus, there an enjoyable short story  - Predators included in this edition.