One cinema trip in the month before they closed their doors again, and a few films watched over the Christmas period, none of them festive in the least.... 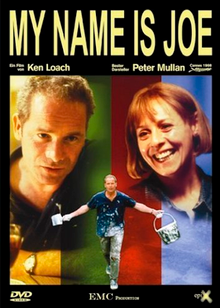 My Name is Joe (1998) - Film
Ken Loach and Peter Mullan, what more do you need? Not quite as hard as some of Loach's other films but it still had a bit of an edge. Addiction of any sort is hard to deal with and difficult to watch. There were some lighter romantic moments in this one.
From IMDB....
Two thirtysomethings, unemployed former alcoholic Joe and community health worker Sarah, start a romantic relationship in the one of the toughest Glasgow neighbourhoods. 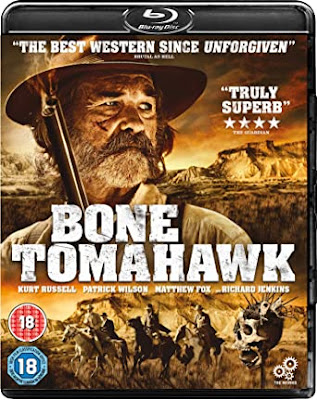 Bone Tomahawk (2015) - Film
One I heard about when investigating Craig S. Zahler's books. We really enjoyed it - a horror-cum-Western. I enjoyed seeing Kurt Russell on screen again. I can't remember the last thing I saw him in. One I wouldn't mind watching again at some point.
From Wikipedia.....
Bone Tomahawk is a 2015 American independent western cannibal horror film written and directed by S. Craig Zahler. It stars Kurt Russell, Patrick Wilson, Matthew Fox, Richard Jenkins, Lili Simmons, Evan Jonigkeit, David Arquette, and Sid Haig and was produced by Jack Heller and Dallas Sonnier. It had its world premiere at the Fantastic Fest on September 25, 2015 and was given a limited release on October 23, 2015 by RLJ Entertainment. The film is about a small-town sheriff (Russell) who leads a posse into a desolate region to rescue two people who were abducted by a cannibalistic indigenous clan. 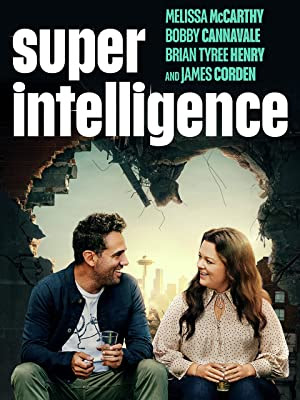 Superintelligence (2020) - Film - (Cinema)
I'm a big fan of Melissa McCarthy - usually. This one was a bit of a disappointment, maybe because it had a looming James Corden presence. Can't claim to be a massive fan of his. I probably chuckled a few times, but nowhere near as good as Identity Thief, The Kitchen or Spy
From IMDB......
When an all-powerful Superintelligence chooses to study average Carol Peters, the fate of the world hangs in the balance. As the A.I. decides to enslave, save or destroy humanity, it's up to Carol to prove that people are worth saving. 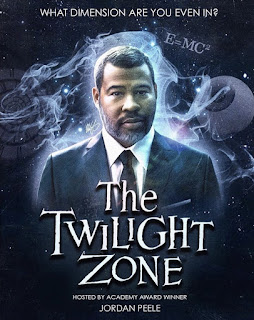 The Twilight Zone (2019) - TV Series
A couple of episodes watched with my son, who's a big fan of the series. Can't remember which ones. Maybe I ought to work my way through the whole two series.
From Wikipedia.....
The Twilight Zone is an American anthology television series developed by Simon Kinberg, Jordan Peele, and Marco Ramirez, based on the original 1959 television series created by Rod Serling. Peele serves as narrator, in addition to executive producing through Monkeypaw Productions. The weekly series premiered on April 1, 2019, on CBS All Access, and was renewed for a second season halfway through its first set of 10 episodes. The second season was released in its entirety on June 25, 2020. In February 2021, the producers announced the series would not return for additional seasons. 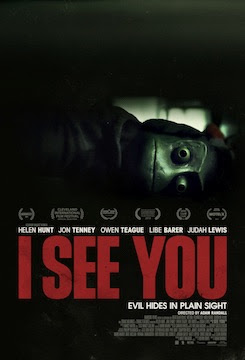 I See You (2019) - Film
Great film, very tense. I like when crime blends with horror elements. I might need to watch it a second time to fully understand it. As well as the tense thrills, there's a complicated story underneath, one that I might not have fully appreciated on my first viewing.
From Wikipedia....
I See You is a 2019 American crime horror film directed by Adam Randall, written by Devon Graye, produced by Matt Waldeck, and starring Helen Hunt, Jon Tenney, Judah Lewis, Owen Teague and Libe Barer. It follows a suburban family beset by unexplainable events that may be linked to the recent disappearance of a young boy. 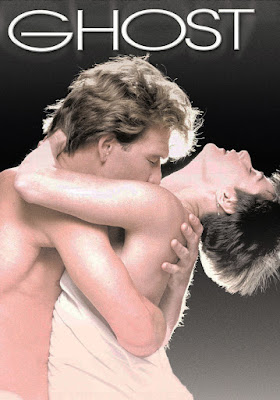 Ghost (1990) - Film
One of the enjoyable things about having grown up children still living at home is the chance to rewatch iconic films that my wife and I first watched when we were around the age of my kids are now. You can't beat a bit of classic film, especially if it features Patrick Swayze. He's definitely a contender for top man-crush.
Not a film we watched to death back in the day, but it was fun catching up again.
One daughter predictably watched it through tears. The other is made of sterner stuff.
From Wikipedia....
Ghost is a 1990 American romantic fantasy thriller film directed by Jerry Zucker, written by Bruce Joel Rubin, and starring Patrick Swayze, Demi Moore, Whoopi Goldberg, Tony Goldwyn, and Rick Aviles. The plot centers on Sam Wheat (Swayze), a murdered banker whose ghost sets out to save his girlfriend from the person who killed him. Ghost was theatrically released on July 13, 1990, by Paramount Pictures. The film received mixed reviews from the critics but was a huge box office success, grossing over $505 million on a budget of $22 million to become the highest-grossing film of 1990 and at the time of its release the third-highest-grossing film of all time. Adjusted for inflation, as of 2015 Ghost is the 93rd-highest-grossing film of all time. Despite mixed reviews, the film received five nominations at the 63rd Academy Awards; Best Picture, Best Original Score, Best Film Editing, and winning Best Supporting Actress (for Goldberg) and Best Original Screenplay. 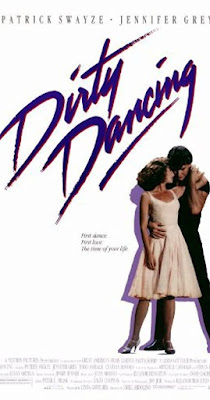 Dirty Dancing (1987) - Film
December saw a bit of a Patrick Swayze season on TV. This one we've seen many times over the years, but I do like it. Why not watch it again. I can't help but destroy The Time of My Life towards the end of the film. A real feel good movie.
From Wikipedia .....
Dirty Dancing is a 1987 American romantic drama dance film written by Eleanor Bergstein, produced by Linda Gottlieb, and directed by Emile Ardolino. It stars Jennifer Grey as Frances "Baby" Houseman, a young woman who falls in love with dance instructor Johnny Castle (Patrick Swayze) at a holiday resort.
The film was based on screenwriter Eleanor Bergstein's own childhood. She originally wrote a screenplay for the Michael Douglas film It's My Turn, but ultimately ended up conceiving a story for a film which became Dirty Dancing. She finished the script in 1985, but management changes at MGM put the film in development hell. The production company was changed to Vestron Pictures with Emile Ardolino as director and Linda Gottlieb as producer. Filming took place in Lake Lure, North Carolina, and Mountain Lake, Virginia, with the film's score composed by John Morris and dance choreography by Kenny Ortega.
Dirty Dancing premiered at the 1987 Cannes Film Festival on May 12, 1987, and was released on August 21, 1987, in the United States, earning over $214 million worldwide. It was the first film to sell more than a million copies for home video, and its soundtrack created by Jimmy Ienner generated two multi-platinum albums and multiple singles, including "(I've Had) The Time of My Life", which won both the Golden Globe and Academy Award for Best Original Song and a Grammy Award for best duet. The film's popularity led to a 2004 prequel, Dirty Dancing: Havana Nights, and a stage version which has had sellout performances in Australia, Europe, and North America. A made-for-TV remake was also released in 2017. 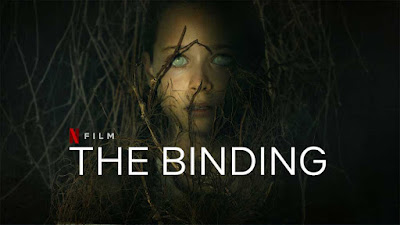 The Binding (2020) - Film
Not one I could recall too much about before investigating for the post. Pretty forgetable in other words. Horror - not my favourite genre, no doubt I jumped a few times.
From Wikipedia....
The Binding (Italian: Il legame) is a 2020 Italian film directed by Domenico Emanuele de Feudis, written by Daniele Cosci, Davide Orsini and Domenico Emanuele de Feudis and starring Riccardo Scamarcio, Michael C. Pizzuto and Federica Rosellini.[1][2] While visiting her fiancé's mother in southern Italy, a woman must fight off a mysterious and malevolent curse intent on claiming her young daughter. 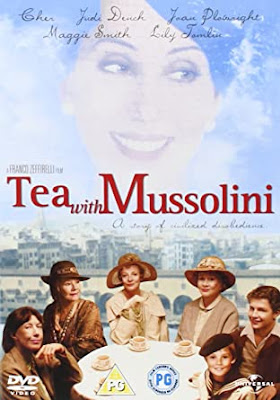 One my wife started watching and I thought nah, not for me, but I soon became absorbed in it. I'm not a massive Cher fan, but hats off to her she has talent. I enjoyed it. Glad I put the book down. 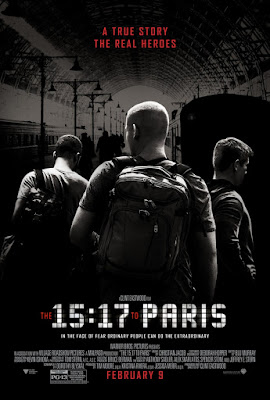 The 15:17 to Paris (2018) - Film
One picked at random by my daughter and I quite liked it. I only realised towards the end that the guys in the film were the actual people involved in the incident. An enjoyable hour or two.
From Wikipedia ....
The 15:17 to Paris is a 2018 American biographical drama film produced and directed by Clint Eastwood and written by Dorothy Blyskal, based on the 2016 autobiography The 15:17 to Paris: The True Story of a Terrorist, a Train, and Three American Heroes by Jeffrey E. Stern, Spencer Stone, Anthony Sadler, and Alek Skarlatos. The film stars Stone, Sadler, and Skarlatos as themselves and follows the trio through life leading up to and including their stopping of the 2015 Thalys train attack. Judy Greer and Jenna Fischer also star.
Eastwood's intention to adapt the autobiography into a film was announced in April 2017, from a screenplay by Blyskal, a first-time screenwriter. Though professional actors such as Kyle Gallner and Jeremie Harris were considered, Eastwood decided by July to instead cast the real-life participants of the event, and filming began in the same month.
The 15:17 to Paris was released in the United States on February 9, 2018, by Warner Bros. Pictures. It received mostly negative reviews from critics, who faulted the screenplay and unengaging story before the climax, while the lead actors' charisma and the central train sequence were generally praised. The film grossed $57 million worldwide against a production budget of $30 million.
Posted by col2910 at 01:37