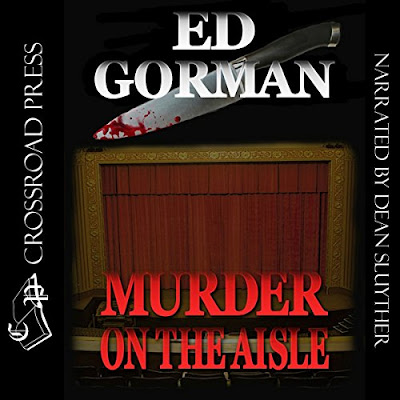 Peeps takes movie reviewing to new heights of viciousness. On this prime-time TV show, two caustic critics look at the hits and misses among the new movies, trading wits, insults - even punches.

But even a series with high ratings like Peeps can stare at cancellation - not by the networks, but by murder. Because Dunphy has just been found with a knife in his back in the dressing room of Tobin, his co-host and sparring partner. The cops' script says Tobin - who'd secretly shared the affections of Dunphy's wife and brawled on air with Dunphy the night before - has the motivation for the part of star suspect. But for Tobin, the accusation is hardly entertaining, and he sets out to find the real killer in the cast.

Another day another audible book and one mostly enjoyed while at work. Ed Gorman is an author I've been meaning to try for a while and this was my first outing with him. In truth it was okay and from a few comments on a tangential post on Twitter concerning Gorman, apparently it is not one of his better works. It didn't blow me away that's for sure.

A radio host turns detective when his co-star is murdered and he's the likeliest suspect; having previously been having an affair with the deceased's wife and having had a major bust up in public with the man.

Murder, an amateur investigation, a variety of suspects each with possible motivation for the crime, some sexual shenanigans, an outcome.

Nothing especially memorable or outstanding in the book. I'm a bit undecided as to whether I liked the main character or not. There's nothing in his character or actions that invoked strong feelings either way. Similarly, I was interested in the story and the investigation and the revelation of the guilty party, but I wasn't on the edge of my seat. It was a book which was enjoyed upto a point. It's the kind of book that fills in a gap before I either encounter my next amazing or really terrible read.

I did like the look into the world of television and broadcasting...... envy, ratings, networking, the career ladder. 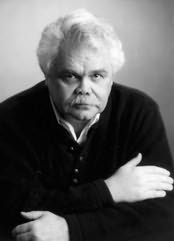 The pace was okay and the book wasn't over-long but neither did it feel rushed.

Ed Gorman did pen a second book with Tobin the main character, but it's probably not one I'll seek out. There are plenty of other books from him with more appeal. 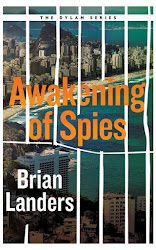