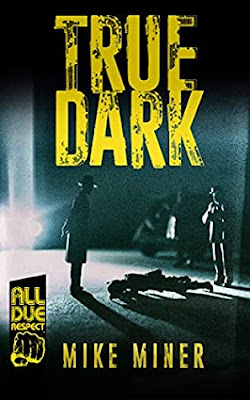 On a warm, quiet morning in a speck of a town near the Mexican border, an old man stops at an airstream diner and orders coffee. When the owner of the diner appears, the old man shoots him to death, pays his bill, and drives away.

The sheriff, Leo Murphy is called in to investigate the murder. His instincts lead him to his brother, Ryan.

The black sheep of the family, Ryan Murphy lives just south in Mexico. He makes a living as a coyote, moving illegal cargo across the border. The brothers have an arrangement regarding Ryan's illegal enterprise: Don't ask, don't tell.

When the old man's car breaks down in the middle of the desert Leo takes him into custody. If only things had gone according to Ryan's plan.

Now a cold-blooded killer named Wicked Bill is on his way from Miami to help Ryan clean things up.

The Murphy brothers need to redefine the lines they will and won't cross to protect each other and those closest to them from interlopers on both sides of the law.

In True Dark, Mike Miner has created a vivid and dangerous world.

All the ingredients for a satisfying, dark read...... a flawed family caught in the crosshairs of a hitman on his way to town to clean house.

Our family.... Leo and Ryan, two brothers seemingly working the opposite sides of the law, Cass, Leo's innocent daughter and a doting grandfather, Jeremiah - a retired cop to boot and with some interesting history with his two sons.

Ryan, the older brother gets involved in an act of retribution and sets in play a chain of events which threaten his family. Despite their differences blood proves thicker than water as he tries to set things straight, something he can't do on his own.

I'm struggling to articulate what I enjoyed about this one. I read it a month or two back and I don't think it's time which has me groping for coherent thoughts on this one.

the story - a hit on a seemingly innocent old man, the fall out from that event - the danger that befalls not just the family, but an innocent waitress, Doris and the fellow members of the small town police department including the grumpy, staid old woman on the front desk, Mrs O'Leary .

the characters - the two brothers, their father, the troubled daughter, one with issues and problems - their history, the different paths taken, the military career, the failed marriage, their secrets, the fall outs and disappointments, the misunderstandings and the accommodations, the guilt, the regrets, the sacrifices, the love and loyalty that comes to the fore when members of the tribe are threatened; in addition, the peripheral characters - the chilling hitman, Wild Bill and his accomplice who is sent their way to straighten out a botched job; the old ex-con, Teddy who carried out the execution. I enjoyed the interaction between him and Vanessa O'Leary, the warmth generated between them.

the setting - a small town near the US/Mexican border, the isolation, the wilderness, the history of movement, 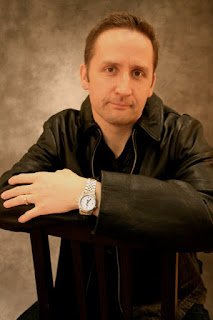 the outcome - satisfying, no loose ends from what I could tell, no ambiguity either.

My first encounter with Mike Miner's work. Definitely not my last. His novels, The Immortal Game and Prodigal Sons and short story collection, The Hurt Business sit on the pile.