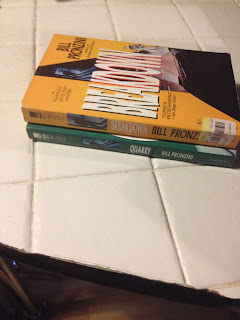 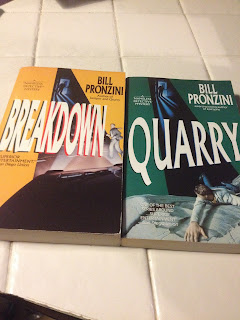 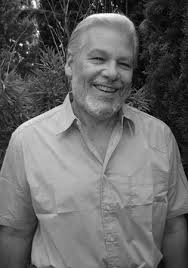 I only started reading Bill Pronzini a few years ago having heard nothing but good things about his long running PI series starring the enigmatic Nameless.

May, 2016 saw Zigzag – number 46 or thereabouts published. Number 46 if you include a sprinkling of novellas and some short story collections.

To date I’ve managed to read up to and including Nightshades from 1984 (no.12). With most of the series in the tubs, I think Pronzini is going to keep me busy for a good while yet. 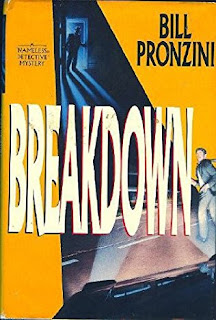 (Book 18 in the Nameless Detective series)

The "nameless" San Francisco detective and his partner Eberhardt are trying to prove that their client Thomas Lujack did not mow down his business partner with his car. Although he suspects his client's guilt early on, the 58-year-old gumshoe spends three weeks looking for flaws in the testimony of the hit-and-run's sole witness. Then Lujack is found murdered, the witness disappears, and the detective, instead of being asked to step up his investigation, is discharged by the victim's brother Coleman. In full moral outrage, the veteran detective bulldogs his way through the case, uncovering evidence about the brothers' employment of illegal immigrants. 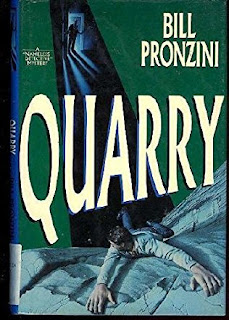 (Book 19 in the Nameless Detective series)

Grady Haas is a woman possessed, driven by panic, numbed by shock. What happened to her? And is this a case for the "Nameless Detective" or a psychiatrist? Reluctantly, "Nameless" answers her father's desperate summons and agrees to find out what she's running from. Grady herself is untouchable, silent as the grave.

A skeptical "Nameless" probes the young woman's past, looking for clues to a broken heart. But soon he becomes the quarry as he follows the shocking trail of blood and manipulation... and unwittingly leads a sadistic killer to his prey. Armed with only a few slender clues and his own darkest impulses, "Nameless" must flush out the psychopath before he drives them all to the jagged edge...
Posted by col2910 at 00:01