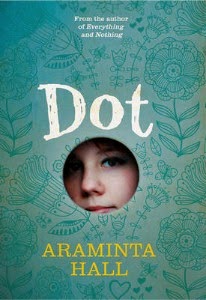 A bit of recent banter with Moira from Clothes in Books blog culminated in a one-off one book reading challenge.

My task was… Ok, the challenge is that each of us has to read and blog a book by an author a) whose first name hasn't featured before and b) that name has to at least *suggest* a genre or style quite different from the books most closely associated with our blogs. Are you on for that? I feel I get off more lightly, as I do dabble a toe into noir, but I think it'll do you good to read authors called Araminta and Amelia.

My response…… Ok, one or the other, but probably not both.
As they don't currently reside on the shelves of CCL, I will need to find something (un)suitable and acquire it, then will need a week or so to read it...maybe longer if I have to repeatedly stop to stab myself with a sharp object. I'm going to break with tradition and read it without pre-announcing what it is.......my! won't you be surprised?
Being stingy with the time-frame - should be posted by.....hmm - 6th April.

The remarkable new novel from the bestselling author of Everything and Nothing which weaves together three generations of women, intercutting their stories to create a warm and heartbreaking tale.
'A dot is the smallest, most insignificant thing there is.
And it's a full stop, so an ending.
I mean, who on earth would call their child Dot?'

In a higgledy-piggledy house with turrets and tunnels towering over the sleepy Welsh village of Druith, two girls play hide and seek.
They don't see its grandeur, the marmite brown furniture no-one may sit on, or the secrets locked behind doors they cannot open.
They see lots of brilliant places to hide. Squeezed under her mother's bed, pulse racing with the thrill of a new hiding place Dot sees something else: a long-forgotten photograph of a man, his hair blowing in the breeze.
Dot stares so long at the photograph the image begins to disintegrate before her eyes, and as the image fades it is replaced with one thought: 'I think it's definitely him.'
Dot is the story of one little girl and how her one small action changes the lives of those around her for ever.

Dot is a book about family and friendship and growing up with the absence of her father. Only it’s more than an absence; it’s a void and an emptiness that Dot feels, as her mother and grandmother never acknowledge or explain it. As Dot grows older, it’s the proverbial elephant in the room - for Dot anyway as her mother, Alice has little inclination to understand her daughter and how she feels.

Our viewpoint flips from chapter to chapter. Dot describes her friendship with Mavis from an early age to the cusp of adulthood. Her longing to know more about her father, but her unwillingness to tackle her mother or grandmother about him.

We follow Alice. We travel back in time and see how Alice’s mother scorns her dreams and imposes her will on Alice’s future. Alice meets Tony and falls pregnant and plots a life away from the strange environment her own mother Clarice has created for them. Tony with a separation from his own family and “issues” sides with Clarice and thwarts her escape. Until on Dot’s second birthday, deeply unhappy and in love with Silver the local barmaid who he’s been carrying on with, he deserts his family – departing to buy more birthday balloons but never returning. With no contact or explanation from Tony, Alice becomes more withdrawn, functioning but with most of the joy sucked from her life.

We see how Clarice, her mother perceives her daughter and granddaughter. We share in her mannerisms and formalities and peculiarities. Still deeply affected by the long ago death of her brother, the suicide of her mother and the perceived abandonment by her husband who was drowned at sea. These events (and possibly her breeding and a generational-thing) have shaped her and given rise to an environment in which emotion and love and affection is rarely displayed.

Mavis, Dot’s friend has her own family foibles. Sandra her mother is an obsessive, compulsive cleaner. Gerry her father has his own eye for the ladies and there is little in common between the two parents. No jokes, no smiles, no love, no warmth, no affection. We learn and understand about the second odd-ball family in this book; their history and how they arrive where they currently are.

Tony, Dot’s father throws his tuppence-worth into the ring at times, though he’s more of a presence at the climax of the book. Sixteen years on, still with Silver – his soul mate and two young sons. Still longing for and loving Dot, though somewhat pathetically (and IMO unbelievably) incapable of re-establishing contact with his daughter and her long-abandoned mother.

Verdict – slow and confusing during the first half, which may have been down to me. I did have to re-read a couple of chapters to sort the brain-muddle I was experiencing. Got the gist of who was saying what to whom and when, during the second part of the book. Second half was better and more enjoyable, to coin a football analogy – it was a game of two halves (or a book of, at least)

Slightly contrived ending owing a fair bit to convenience, though at least we were spared a lot of sugar-coated guff. The author wisely avoided a full-on, marshmallowy, fluffy, puppy dog and kittens wrapped up in bows with ribbons and fairy lights, OTT schmaltz-fest of a conclusion. To be fair, you would have had to have a heart of stone, to have not felt something as each of the main players in our drama had an epiphany and came to realise the consequences of their previous actions and the hurts they had often-times unwillingly inflicted on those they professed to love.

Toying between a 3 and a 4. Half tempted to score 4, being unduly influenced by the author’s confession at the back of the book in a Q&A session to loving John Irving and her citing A Prayer for  Owen Meany as her favourite book.

First half confusion and the realisation that I’m probably not minded to try her other published book, despite my grudging enjoyment of this has me opting for on balance – 3 from 5.

Bought second-hand recently on either Amazon UK or Abe Books.
Posted by col2910 at 23:25