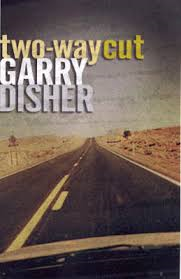 Leah Flood is on the run. The cops are after her and she has to keep one step ahead. The irony is that Leah is a cop too. But she’s a cop who made a mistake. Leah knows she’s in the right, but that doesn’t seem to matter to the guys who are chasing her. Then somewhere along a lonely road in the middle of nowhere, Leah meets Tess, who is also on the run. Soon the two young women are being tracked by a ruthless killer.

But who is the intended target?

An edgy thriller that goes on the road, into the unexpected, from bestselling author Garry Disher. 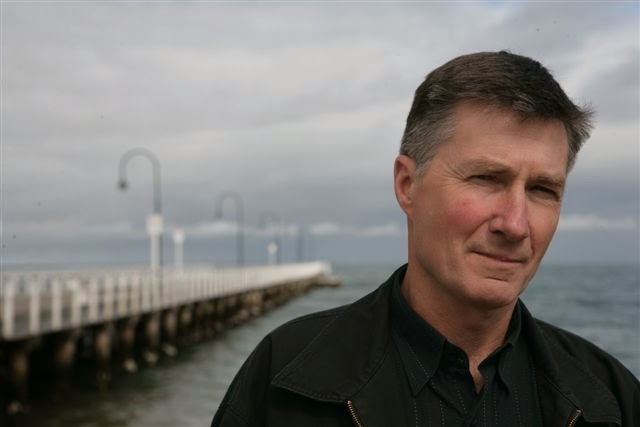 Two-Way Cut was an e-book I acquired over the Christmas period. It was quite short at about 95 pages long, which was the main reason for reading it now; giving my 2014 Australian Reading Challenge a bit of a kick-start.

We have a cop on the run, pursued we believe by other cops who are somewhat displeased with her. As Leah, our fugitive gets out of town, she encounters Tess and her boyfriend. Coincidentally, Tess and her partner are also fleeing from something and someone.

After a bit of a romp around the countryside, with car-crashes, death, hit-men, a PI and a spot of Bed and Breakfast, we head back to town for the climax – a little bit wiser and having a better understanding of the why’s and wherefore’s, though still with time for a further twist.

The manhunt was interesting as it was initially unclear as to who was after who and why. One of the downsides to pieces this long is the feeling that things are a little bit rushed; perhaps with a longer treatment Disher could have managed to prolong the suspense and build the tension.

Probably not his best work, but I’ve read an awful lot worse in my time. I was keen to find out what happened and with a fairly sympathetic main character in Leah and a less likeable secondary in Tess it was an enjoyable way to
spend a couple of hours.

Hopefully I will get to read Disher again this year, with a slightly more satisfying result – either a Wyatt or a Challis series read. Challis has the edge at the minute, because I’ve not yet started this series and I ought to read more “cop” books.

Hard to wholeheartedly recommend as in my opinion this was quite a pricey read, considering its overall length, but on reflection enjoyable enough.