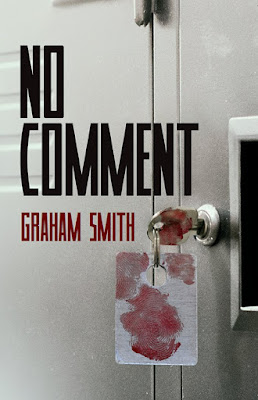 When a single mother, Julie Simon, is found in her kitchen with a stab wound to her stomach, Cumbria’s Major Crimes Team are handed the case. Under the supervision of DI Campbell and with advice from his former DI, Harry Evans, DC Amir Bhaki fights to discover who assaulted an innocent woman and left her with life-threatening injuries.

Nothing is as it first appears and when the team looks into Julie’s life they uncover a hidden sex-life that may just hold the key to the identity of her attacker.

I've read all three of Graham Smith's Jake Boulder books set in the US, but none of his Cumbrian-set Major Crimes Team books with Harry Evans. Here Evans is no longer with the team, (retired from the force - forcibly?) and is recovering from the death of his wife but is still available to his old squad on a consultancy basis.

Our case - a woman attacked in her own home and now fighting for her life. She's in theatre undergoing surgery and unable to provide details of her attacker. Her daughter who found her doesn't know a lot more

There's an interesting dynamic with the small team. The new chief, DI Campbell is trying to establish his authority and have his underlings operating within well-defined boundaries. My impression is that Evans cut corners and played hard and fast with the rules, the end result justifying the methods used to get there. One of the team, DS Chisholm has computer skills which push those boundaries. DC Lauren Phillips isn't above using her physical charms to reduce a suspect's defenses and have him drop his guard with a flash of leg or cleavage. DC Bhaki is a capable and sensitive interviewer, continually referring back to Evans with information to his mentor, for his insights. Evans himself isn't above cooperation with Carlisle's main criminal family if it gets him answers.

An interesting case - the reason for the attack unclear and elusive, but key in finding the perpetrator. A son's incarceration in a young offender's institute - a possible avenue of investigation. As is our mother's secret Tinder lifestyle.

I really liked this one and will definitely back track and read more from this series of books. It's interesting seeing Smith's writing set a lot closer to home than his Boulder series. I never used to like reading books set in the UK, I'd far rather read about incidents on foreign shores. Graham Smith, Paul D. Brazill, Martin Stanley, Ben J. Jones and others are convincing me of the shortsightedness of this stance. 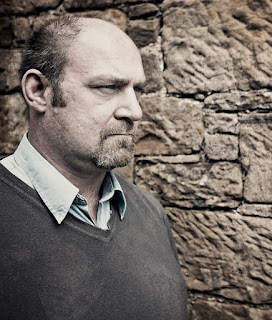