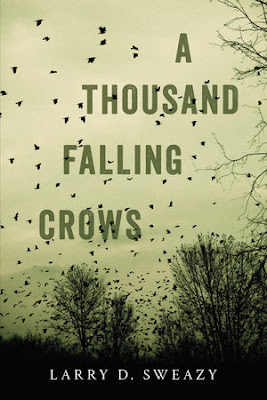 Sonny Burton was forced to retire from the Texas Rangers after taking a bullet from Bonnie Parker in a shoot-out. The bullet so damaged Sonny's right arm that he had to have it amputated.

While Sonny struggles with recuperating and tries to get used to the idea of living a life with only one arm, Aldo Hernandez, the hospital's janitor, asks Sonny to help find his daughter and bring her back home. She has got herself mixed up with a couple of brothers involved in a string of robberies. Sonny agrees to help, but is more concerned about a wholly different criminal in town who has taken to killing young women and leaving them in local fields for crows to feast on.

Just as Sonny is able to track down Aldo's daughter, he comes to an uncomfortable realization about who might be responsible for the string of murders and races to nab the killer before another girl is left to the crows.

The 30s and rural Texas in the middle of a depression isn't somewhere I go very often in my reading, but if Sweazy wants to take me back there in future with Sonny Burton I'll be happy to join him.

Impressive sense of time and place and an interesting lead character. Burton is widowed and now retired from the Texas Rangers; a shoot out with Bonnie and Clyde saw to that. After losing his right arm he feels less than whole, exacerbated by the loss of his career as well. Despite living on his own their are plenty of family tensions in the book. Sonny's son, Jesse is also a Texas Ranger, though he is struggling in the long shadow of his father. That Jesse always felt closer to his mother than his dad, adds a layer to their troubled relationship.

There's been a series of murders in the area and Jesse is part of the team looking into them. The local police and populace look at the younger Burton and compare him to his father and Jesse is a poor second. Sonny meanwhile is trying to put his life back together and also loosely investigating the disappearance of a Mexican girl, as a favour to the janitor who helped him in the hospital.

It's quite a busy book...... murder, boot-legging, criminal twins, absconding followed by regret, stick-ups, coping with disability, familial loss, a dog - which plays an important part in Sonny's healing and crows - Sweazy uses a lot of imagery as we have our feathered friends observing events and anticipating carrion having become familiar with our killers MO.

I really enjoyed this and I think what contributed to that was the rich cast of characters and the decency and kindness they displayed to each other. Times are troubled, money is tight, Texas is a dustbowl and the rain has stayed away. Those with little to spare, always seem to have the most generous of spirits.

We have a resolution to all our open strands at the end and a reconciliation to a degree between father and son all of which satisfied without being over done with saccharine. Impressive. 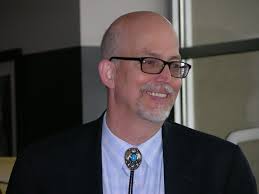 Where I Can See You, See Also Murder, See Also Deception.