A climax to Broadchurch, a new and stunning crime series, new-to-me at least - Line of Duty, a couple of Clint Eastwood films, a Netflix original film and the end of The OA.

You can't beat Clint tearing it up as the preacher in this enjoyable Western. I particularly enjoyed seeing a young Chris Penn as well.

When property owner Coy LaHood (Richard Dysart) starts using a band of hooligans to terrorize a group of small-town gold miners into giving up their territory, an enigmatic man named "Preacher" (Clint Eastwood) arrives in town. Preacher fends off the attacks, and then goes directly to LaHood to negotiate. When the miners, led by Hull Barret (Michael Moriarty), refuse the terms, LaHood sends in Marshall Stockburn (John Russell) to take down Preacher and the others.


The last two episodes enjoyed and a resolution to our case. Very, very good.

The third and final series of the British crime drama Broadchurch began airing on the ITV broadcast network in the United Kingdom on 27 February 2017. Set three years after the previous series, the eight-episode series focuses on the sexual assault of a local middle-aged woman in the fictional, close-knit coastal town of Broadchurch in Dorset, England.


Another Eastwood film and an ok watch. I wouldn't rush to see it again and I preferred Pale Rider to this one. His character pretty much stays the same in every film he's in - he's right the rest of the world is wrong.

Marine Sgt. Thomas Highway (Clint Eastwood) is a decorated veteran of two wars. On his last posting before retirement, he is surrounded by officers with no combat experience who view him as an odd, even dangerous, holdover. Highway is assigned to train a group of undisciplined recruits including Cpl. Stitch Jones (Mario Van Peebles), a slick hustler who has previously encountered Highway. As the old soldier prepares his men for a war they don't believe will come, the U.S. invades Grenada.


A Netflix original film and very entertaining. I've not seen the female lead in anything before - Melanie Lynskey. She's been in loads of things, so I probably have I just can't remember her. Elijah Wood - Frodo also stars. A dark and black comedy with a hint of menace.

When a depressed woman is burglarized, she finds a new sense of purpose by tracking down the thieves alongside her obnoxious neighbor. But they soon find themselves dangerously out of their depth against a pack of degenerate criminals.


I binge-watched the last 4 or 5 episodes of this one and in truth I was a bit let down by the ending. I had to Google the series to get a coherent take on the climax. Very much - WTF and some serious scratching of the head. A second series has been commissioned apparently, not sure I'll be tuning in.

In addition to her role as creator and executive producer of this mind-bending series, Brit Marling also plays the role Prairie Johnson, a young woman who returns home after a 7-year disappearance. Her sudden return is not the only miraculous occurrence: everyone is shocked to learn that Prairie is no longer blind. While the FBI and her parents are anxious to discuss Prairie's disappearance, she won't talk about what happened during the time that she was missing. Zal Batmanglij, the co-creator and an executive producer of the series, is the director of every episode. 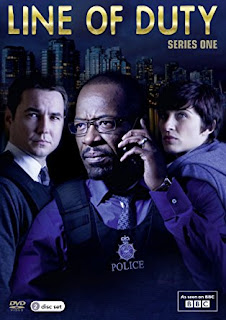 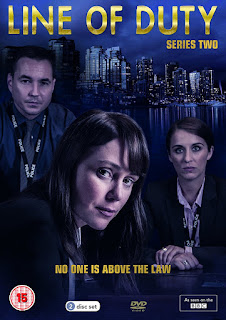 I'm late to the party as always. I watched the first episode of the opening series back when it aired and enjoyed it, but for some bizarre reason never watched further. I've had friends at work extolling the virtues of the series and decided to get involved.

We have an anti-corruption unit investigating the possible corruption of other officers. The AC-12 unit comprises Martin Compston, Adrian Dunbar and Vicky McClure - all of whom are excellent throughout. I loved Compston in The Legend of Barney Thomson and McClure was excellent as Lol in This is England.

Series four has just finished in the UK and so far I've completed series 1 - 5 Episodes, viewed 4 of the 6 in series 2 and watched all 6 of series 4. Each series comprises a different case or investigation, but there is an over-riding story ARC to the whole shebang. I was forced to start on the current series before the early episodes disappeared off the BBC-IPlayer - so I have kind of spoilered bits of it for myself. Series 3 is on order from my local library - good times ahead I feel.

Highly recommended - I particularly like the fact that each series stretches to 6 episodes only (ok series 1 was only 5). Longer series 10, 12, 13 episodes - I have a tendency to flag halfway through.


Line of Duty is a British police procedural television series created by Jed Mercurio that premiered on 26 June 2012. It is the most popular drama series broadcast on BBC Two in the multichannel era[1] and is a winner of the Royal Television Society Award for Best Drama Series.[2] Line of Duty was included in a list of the Top 50 BBC Two shows of all-time,[3] in a list of the 80 best BBC shows of all time[4] and was the highest ranked current series in a list of the best cop shows of all time.[5]
The first series was BBC Two's best-performing drama series in ten years, with a consolidated audience of 4.1 million viewers.[6] The drama was recommissioned for a second series and the first episode was broadcast on 12 February 2014.[7] The second series achieved widespread public and critical acclaim,[8] and on 8 April 2014, the BBC commissioned two more series.[9]
In an interview on 28 April 2016, creator Jed Mercurio said that a fourth series would begin filming in the autumn of that year.[10] It commenced broadcast on BBC One on 26 March 2017. A fifth series has been confirmed and will air in Spring 2019.
In the United States, the first series was aired on Hulu in August 2012 as an exclusive series.[11]