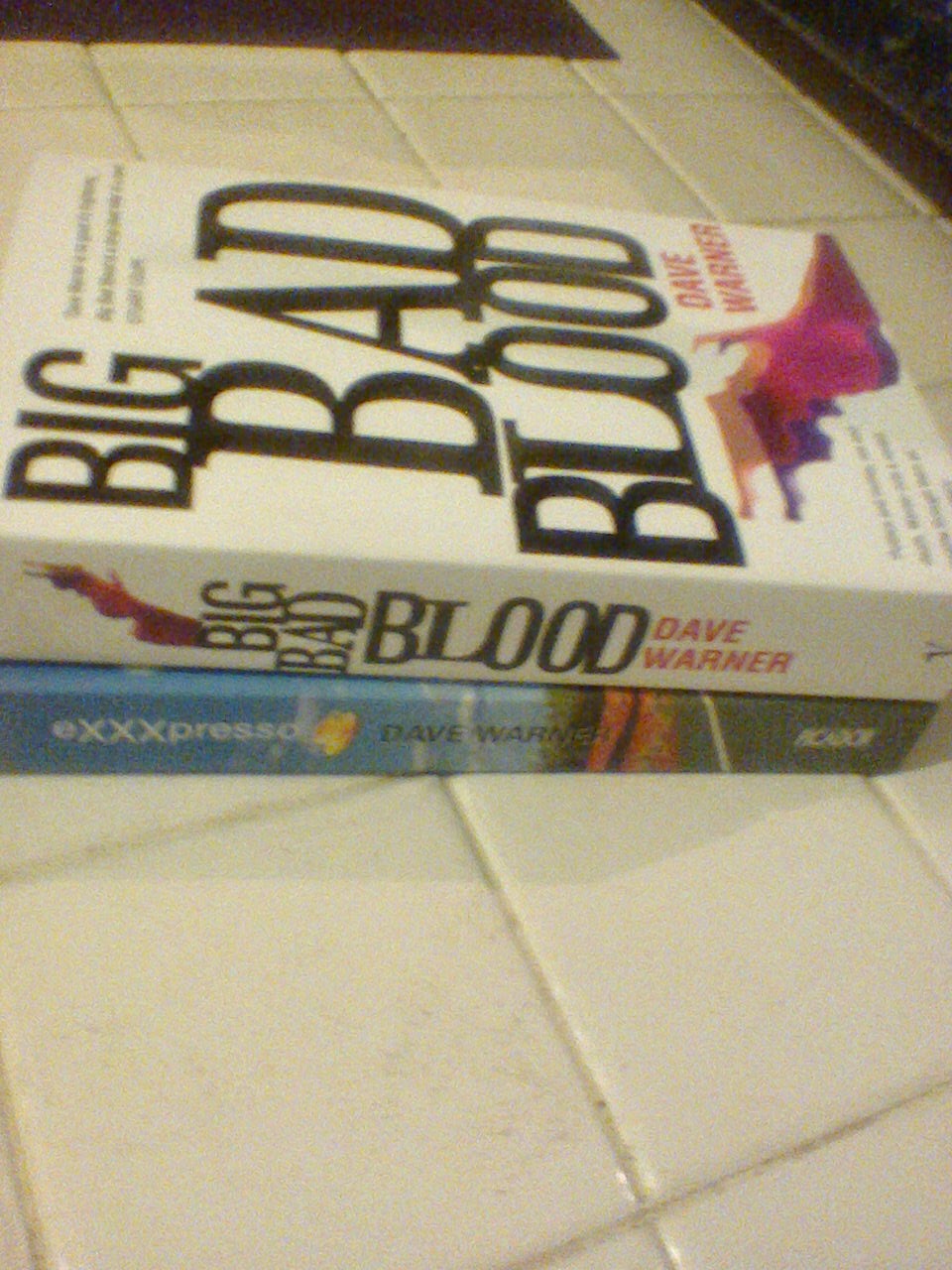 A few months ago, after having read an intriguing blog post by Andrew Nette regarding City of Light – Dave Warner’s debut novel. I got in contact with the author himself by e-mail and bought these two bad boys from him.

I think Dave has written about 6 novels crime fiction novels in total, but exercising admirable restraint I thought I would see how I go with these first. 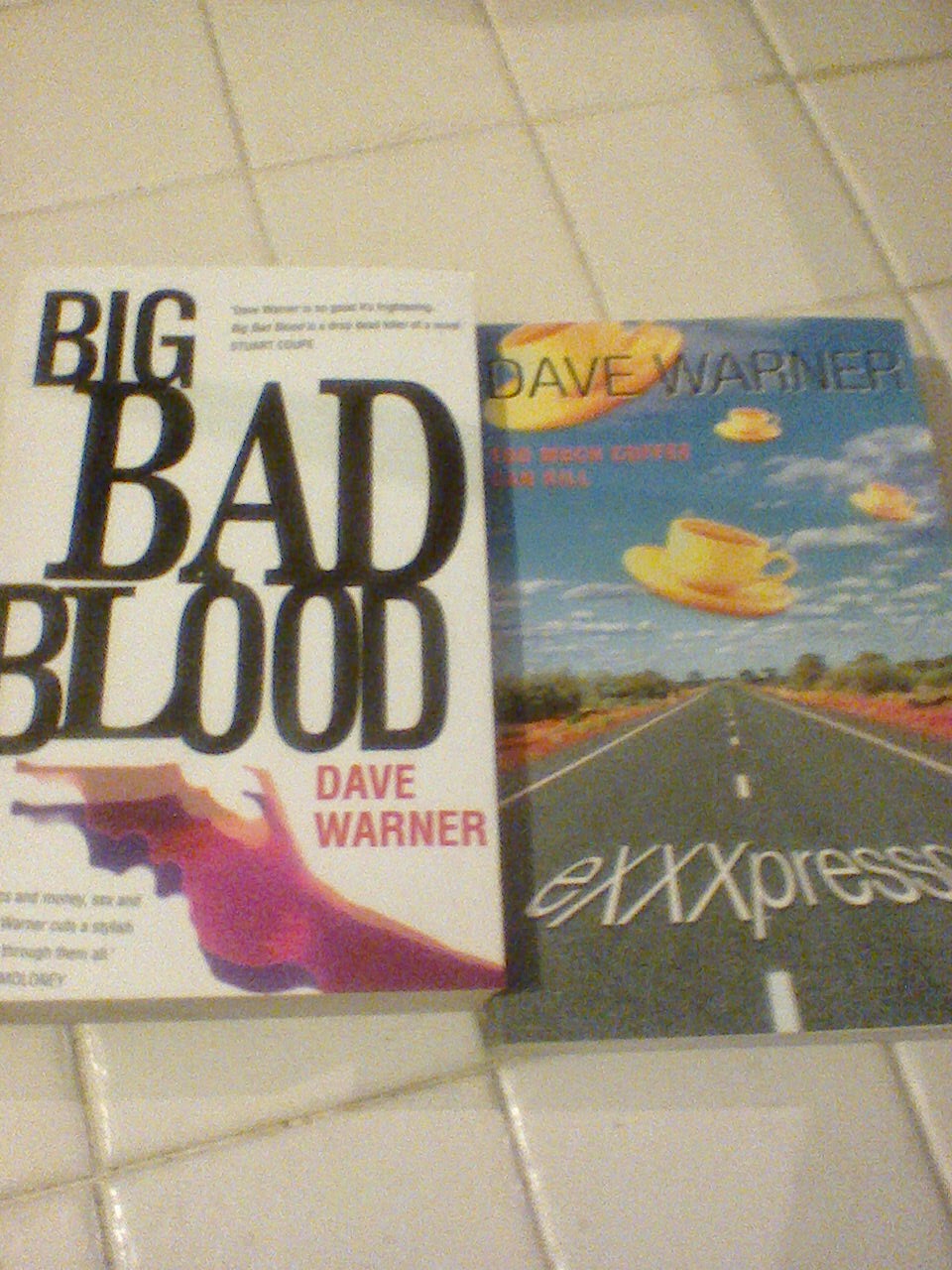 An Aussie Elmore-Leonard-cum-Carl Hiaasen-cum-James Ellroy seems right up my street.

Warner has more than one string to his bow. He’s been involved in the music scene, first with a punk band called Pus and subsequently in a band From The Suburbs, both of them unfamiliar to me, but I’m going to try and see what I can find on the net. In addition he’s penned successful screenplays – Garage Days and Cut, which features everyone’s favourite little Australian – Kylie Minogue.

From The Suburbs - 1978 You Tube
Don’t you just hate, multi-talented people? Err, not really.

Just out of the big house, Rick is a good natured ex-crim with a plan to franchise a chain of cafés based on a prison theme. To finance his dream, he borrows from a low-life drug dealer and full-time paranoid, Guthrie. But moments before he is due to pay off his debt to Guthrie, his estranged wife cleans out his bank account.

Rick finds himself running from bad trouble into worse. In the richest square mile of dirt in the world, a state-of-the-art cappucino machine is about to determine the fate of six triple-crossing desperates. Dave's novel is Elmore Leonard on no-doze – a foot-to-the-floor twisting tale of cheapskates chasing high stakes, lust and dust, in action so rapid it makes jai alai look like snow melting.

At last, a touch of Carl Hiaasen's crazy brilliance in Australia, from former ''Suburban Boy'' Warner. Reformed crim Rick Boski plans to serve coffee instead of time, but to open a cafe featuring the sublime Milano espresso machine (eight cups at once, plus playing Arrivederci Roma) he needs funds.

He turns to a loan shark, drug lord and general sleaze, Guthrie, but the deal soon turns sour with complications including a former wife, several witless thugs, two mobile phones and a plastic bag of cash. On the road to Kalgoorlie, Rick and a bunch of hapless characters ride out a ridiculously convoluted plot that finally gives new meaning to death by espresso.

Wild, mad, thoroughly improbable, and I couldn't put it down - hopefully it'll also become a film, as was originally intended. Musos turned novelists should normally be regarded with caution, but Warner sparks with energy. Maybe it's the caffeine.
– Debra Adelaide 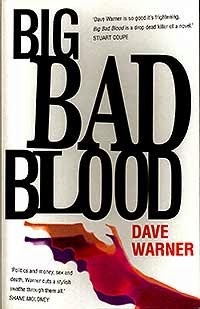 Sydney 1965. The Beatles are on every radio, and Detective Ray Shearer's on the take. Shearer acts as muscle for Kings Cross businessman George Shaloub. George has problems. He wants to knock down some terraces in the Cross to build a business centre, but heiress and local newspaper publisher Jenny Wilson is running a high-profile campaign against him. Then one of his prostitutes is found murdered – a copycat killing of an horrific rape and murder six years earlier. This is just the beginning of the nightmare: the underworld of cops and crims, arson, drugs and a maelstrom of violence and deceit; of long-hidden secrets that will drive Shearer into a labyrinth of shame, guilt and hate. Only by confronting his own dark secrets can he succeed.

My intention for Big Bad Blood was to write a big, complex, muscular crime novel that reflected how I felt about Sydney - a big, muscular city with glitz on the surface and blood beneath. I found in James Elroy's language the perfect style for what I wanted. Originally, I conceived of this book as being about sets of brothers and this is still a major part of the fabric.
Posted by col2910 at 00:04