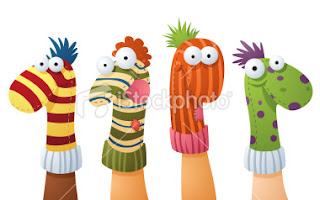 
I’m a reader, who enjoys a wide range of books, and have recently embarked on a blog (not that anyone apart from himself reads it) offering thoughts on his recent reads.


Yes, I have been the recipient of occasional author giveaways and publisher promotions, but the majority of my books I have acquired, have been bought and paid for. I’ll have to add a footnote to my reviews advising the method of acquisition for the book in question.


I have read a fair few offerings on the subject of sock puppets from amongst others, Barry Eisler, Sandra Ruttan, Jeremy Duns, Joe Konrath, Steve Mosby, Stuart Neville and John Rickards.


Initially I felt kind of outraged by the whole thing....... the manipulation by some authors of rankings and reviews to either enhance their own profile and sales, whilst denigrating other authors on occasions.


As an aside; I have read and enjoyed books by all of the above with the exception of Konrath and Neville; the latter who along with Duns, Rickards AKA Cregan, Mosby and Eisler sit on a mountain of TBR. At times in the dim and distant past, I have exchanged some e-mail correspondence with most of the above or via their blogs. All without exception have been unfailingly polite and approachable.


So where do I stand now? Do I need to pick sides and choose a team or can I stay on the sidelines?


I think somewhat naively, in the past I have had my head turned by blurbs, more so than reviews either anonymous or signed. A kind of reasoning of the order, I like author A, he loves Author B’s book, ergo I will love Author B’s book too. Go directly to the nearest outlet and buy it.


On reflection I have seen so many blurbs by an author we shall call “MR X”, it’s perhaps a wonder he has had time to write anything himself as he must spend every waking hour reading!


Note to self, become less sheep-like and trust your own inclinations.


My main thought isn’t necessarily about how others have behaved, more a type of inward reflection and naval gazing as to whether my thoughts and musings on other people’s books have been too sycophantic, too gushing or too destructive and hurtful. (To paraphrase something Barry Eisler said, though I don’t think they were his own words -  “try and be the person your dog thinks you are.”)


My reviews on my blog, are also posted on Crimespace, Amazon and Goodreads.....not to come across as an all-knowing, authoritative bore, but more driven from a desire to engage with like-minded people who also enjoy books. Call it a substitute for a lack of a social life!


I think all the sites I post on carry my real name, or an easily traceable moniker.


I appreciate I don’t derive a living from writing, and have nothing but admiration for those that strive to do so, whether they ultimately have the talent or the good fortune to achieve this is kind of irrelevant – a lot of fantastic writers, some dead, some still living and some growing up now have and will in the future have enriched my life immeasurably.


I’ll still sit on the fence then, Stephen Leather didn’t murder anyone, neither did Joe Konrath or David Hewson. There’s a lot more ugly stuff going on in the world.
Posted by col2910 at 06:17