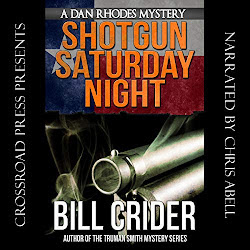 Synopsis/blurb...
Sheriff Dan Rhodes knows it's going to be a bad day when Bert Ramsey arrives at the jail with a neatly wrapped arm and lays it on Dan's desk. He has another out in the truck, he tells the sheriff, and "a couple of legs, too, but they don't match up."
To Rhodes's relief, the severed limbs—part of a large cache Bert has discovered while clearing brush—are not evidence of a mass murderer at large in Blacklin County, but something more on a par with the usual emergencies the Texas lawman has to deal with: cows loose in the churchyard, ninety-year-old Mrs. Thurman's periodic attacks of "blindness" (which Rhodes cures by sending out a deputy with fresh light bulbs), and the like. Meanwhile, back at the jail, his attenuated employees are bristling about the new deputy, a highly qualified police officer, but a woman, and the air conditioner has collapsed during the heat wave. Plus his personal life has its own problems; does he or does he not want to marry Ivy Daniel?
Then Bert Ramsey is shot to death, and serious crime takes over. A tattoo on the body discloses that Ramsey was once a member of Los Muertos, a violent motorcycle gang from the city, and current members of the gang turn up in Blacklin County. There are questions: Where did the town handyman get the money to buy two color television sets, two VCRs, and a houseful of new furniture? Not to mention six thousand dollars in cash rolled up in a sock in Bert's dresser drawer. Dan Rhodes doesn't have access to the high-tech detection methods of city police—and probably wouldn't use them if he had. Dan has to talk to people and sift the facts from the lies. If he is careful, he believes, and keeps it up, he'll usually get results. "Keeping it up" involves tangling with Wyneva Greer, Ramsey's former girlfriend now living with a mysterious newcomer to the town, Buster Cullens. Buster becomes the next murder victim—of the same killer? Rhodes isn't sure. He soon tangles with the bikers, sustaining a certain amount of damage in the process.
Dan Rhodes is, in the words of Newgate Callender of The New York Times Book Review, "a quiet man, an honest man and a stubborn man," and it seems that no amount of violence is going to deter him from getting to the bottom of the murders in his relatively peaceful and beautifully evoked Texas county.
Shotgun Saturday Night is the second book in the late Bill Crider's 25 book long Sheriff Dan Rhodes series. I'm a bit late (3 months) getting to recording a few thoughts on the book and inevitably some of the details of who did what to who have faded. I do know I had fun listening to the story though.
Murder, bikers, money stashes, body parts, another murder, run-ins, an investigation and a lot more besides. It's an engaging small town mystery. Some humour, some action, some interesting and recurring characters and the introduction of a new lasting one.
We have a new deputy working for Rhodes, a cause of consternation. The fact that Ruth Grady is a woman hasn't escaped the notice of Hack and Lawton, the despatcher and jailer. I liked that Grady could easily outwit both of them through food and snacks and before too long have them eating out of her hand and acting like Rhodes is the one with the issue. There's also a continuation of Rhodes' romance with Ivy Daniels and life post-widowhood.
Lots to like without assuming any kind of 'best ever - amazeballs' status.
4 from 5 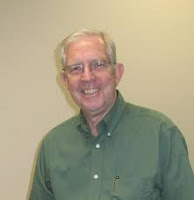 Other Crider books have been enjoyed in the past.
Outrage at Blanco, Piano Man, Blood Dreams (as Jack MacLane), Gator Kill, Dead on the Island and A Time for Hanging. As well as this series opener and the one following this - Too Late to Die and Cursed to Death.
Read - (listened to) February, 2022
Published - 1987
Page count - 160 (4 hrs 41 mins)
Source - Audible purchase
Format - Audible
PS Of interest only to myself. We have a Reverend Funk character. Cracking name. He really ought to be a soul musician but in actual fact is a pastor. Another tick in a box for an Alphabet Soup character challenge over on Goodreads.
Posted by col2910 at 05:27