A couple this week from the 1950s and prolific Belgium born author, Georges Simenon. 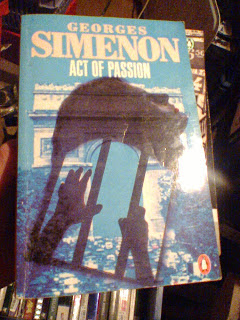 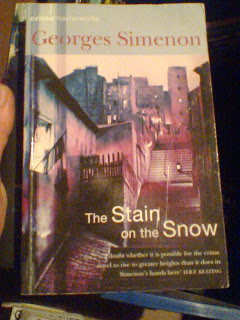 Simenon is probably best known for his Inspector Maigret books, of which there are a few - 75 according to Fantastic Fiction. 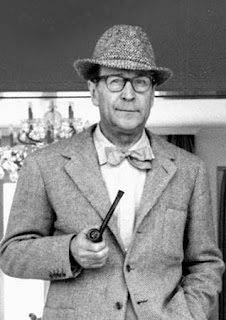 According to Wikipedia......Georges Joseph Christian Simenon; (13 February 1903 – 4 September 1989) was a Belgian writer. A prolific author who published nearly 500 novels and numerous short works, Simenon is best known as the creator of the fictional detective Jules Maigret.

Simenon was one of the most prolific writers of the twentieth century, capable of writing 60 to 80 pages per day. His oeuvre includes nearly 200 novels, over 150 novellas, several autobiographical works, numerous articles, and scores of pulp novels written under more than two dozen pseudonyms. Altogether, about 550 million copies of his works have been printed. 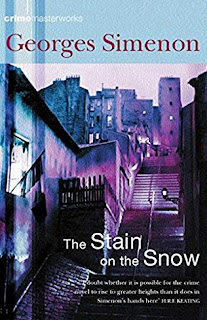 At nineteen, Frank Friedmaier is thief, pimp and murderer. He has never known his father, his mother keeps a brothel. His mind is cold and inhospitable. But Simeonon reveals the obsession with self torture that lurks within it, and explores the intricate psychology of a young criminal, even lending the repellant Frank a chilling grandeur as he faces remorseless interrogation and his fate. A bleak and brilliant masterpiece from Simenon at his superlative best. 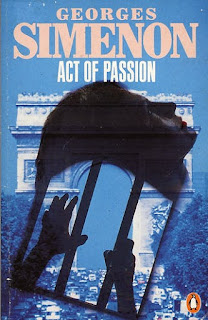 For forty years Charles Alavoine has sleepwalked through his life. Growing up as a good boy in the grip of a domineering mother, he trains as a doctor, marries, opens a medical practice in a quiet country town, and settles into an existence of impeccable bourgeois conformity. And yet at unguarded moments this model family man is haunted by a sense of emptiness and futility.
Then, one night, laden with Christmas presents, he meets Martine. It is time for the sleeper to awake.
Posted by col2910 at 21:36