Week 8 and the turn of the H's in the 2013 Crime Fiction Alphabet marathon, hosted over at Mysteries in Paradise

I have read a few in my time.......George V. Higgins, Tony Hillerman, Donald Harstad, Larry Heinemann, Charlie Huston, James Hawes, Chester Himes - to mention a few.........next week I think I'll be struggling to fill the slots on my team! 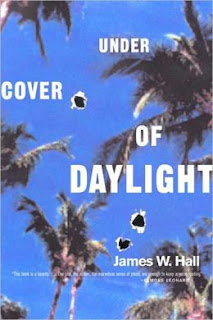 
One of my favourite Floridian authors and Thorn is one of my favourite series characters. So memorable in fact that I can’t remember a thing about this book which I would have read over 20 years ago. Good job I saved it for a re-read at some point!I can't find my editions cover on the net so have reluctantly settled on one of the latter editions.


Years after Thorn's real parents are killed by a drunk driver and he executes his own justice in the form of murder, his foster mother is found brutally murdered, and Thorn edges in among the suspects.

Along with James W. Hall, Hiaasen has produced some of the most entertaining and amusing crime fiction I have ever read. I think I laughed so much reading this, my wife threatened to smother me with the pillow. I’m sure she regrets not following through on this. I loved this guy so much, I used to log onto the Miami Herald website weekly to read his column!


A bizarre series of killings in Florida lead a one-time journalist onto the trail of a former colleague. The columnist is conducting a vendetta against tourists spoiling the beauty of the area. His headquarters are somewhere in the Everglades, his gang are a mixed-up bunch.


Long before the days of the internet, I used to trek up to London a couple of times a year, to the Murder One bookshop on Charing Cross Road to feed my addiction for US crime fiction. One of my discoveries was Gar Anthony Haywood. I read this, loved it, bought more by him and promptly never picked him up again. This – as a reread -  and the latter ones in the Gunner series are still waiting for me. Like Hall above, my copy is so old, I can't find the relevant edition to depict. 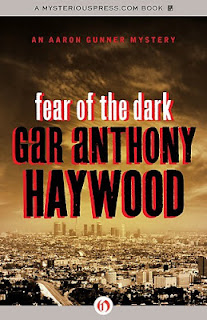 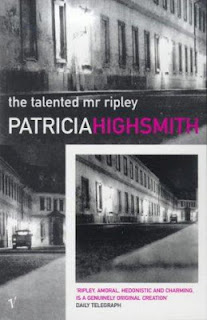 I had this book, tried to read it, but it was obviously a case of wrong book, wrong time. Stopped and got rid of it. I was told by a friend to persist, so I got another copy. Funny enough I was watching the film of the same book, starring Matt Damon and gave up on that also. Wrong film, wrong time! I will try again at some point in the future.


Ripley wanted out. He wanted money, success, the good life - and he was willing to kill for it. This is the first novel to feature Patricia Highsmith's anti-hero, Tom Ripley. 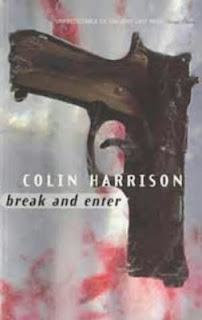 This book has been unread for only a mere matter of 5 or 6 years. I’m sure if I cut down on my blogging and blog-browsing, I can shift it closer to the top of the pile! I picked this one up after reading the author's excellent book Finder.


Peter Scattergood is an Assistant DA. At 31 he has gained a reputation as one of the most talented, ruthless prosecutors in the city. Then one day he wakes up - to the fact that his wife of seven years has disappeared and that he has been assigned to the most explosive case of his career.

I have read and enjoyed a few of the author’s Alex McKnight character series. I bought this stand-alone a couple of years ago, so it’s not that dusty!


At the age of eight, Michael survives an act of violence so horrific that the local press dubs him 'The Miracle Boy.' And orphan now, and no longer able to speak, Michael soon discovers the one thing he can do better than anyone else. Whether it's a locked door with no key, a padlock with no combination, or even an 800-pound safe; Michael can open them all.

It doesn't take long for him to become a hot commodity, and the best 'boxman' in the business. But like any valuable commodity, there are people who will do whatever it takes to own him. And once they see what Michael can really do, they're not about to let him walk away.

Travelling all across the country, always on the run. If there's a heist in the works and a group of criminals with the right phone number, then Michael is their man. And he is always successful. Always. Until one day, when a seemingly simple job turns into a nightmare, and everything falls apart. With nothing left to lose, he decides to go back home to find the only person he ever loved. And to finally face his bigger secret - the secret that has kept him silent for all these years.

Best-known for his Edgar-and Shamus-winning Alex McKnight series, Steve Hamilton delivers a knockout standalone that will bowl over both his diehard fans and anyone looking for a bold, one-of-a-kind thriller.


I's next week and there's not too much springing to mind at the minute!